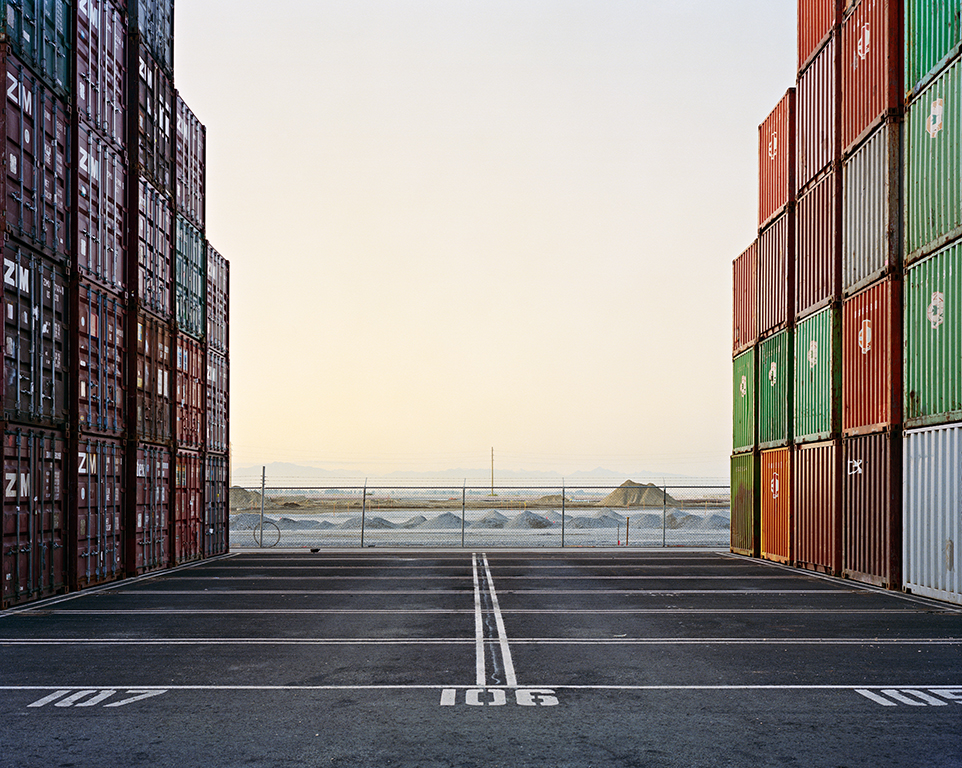 EXHIBITION VIEW 2016: SHIPYARD #14, SHIPBREAKING # 45
MISC:
PRICE:
Detailed information see: ARTIST / EDWARD BURTYNSKY / WORKS
Contact Gallery
Under the EMOP Berlin, European Month of Photography 2016 Galerie Springer Berlin presents the Essential Elements exhibition by Edward Burtynsky showing a selection of works from his various series. The exhibition accompanies the publication of a book by the same name, (Thames & Hudson, September 2016). The German edition Essenz is being published at the same time by Prestel Verlag. The book and exhibition provide an overview of Burtynsky's many different projects and include a selection of works that have never been seen before. 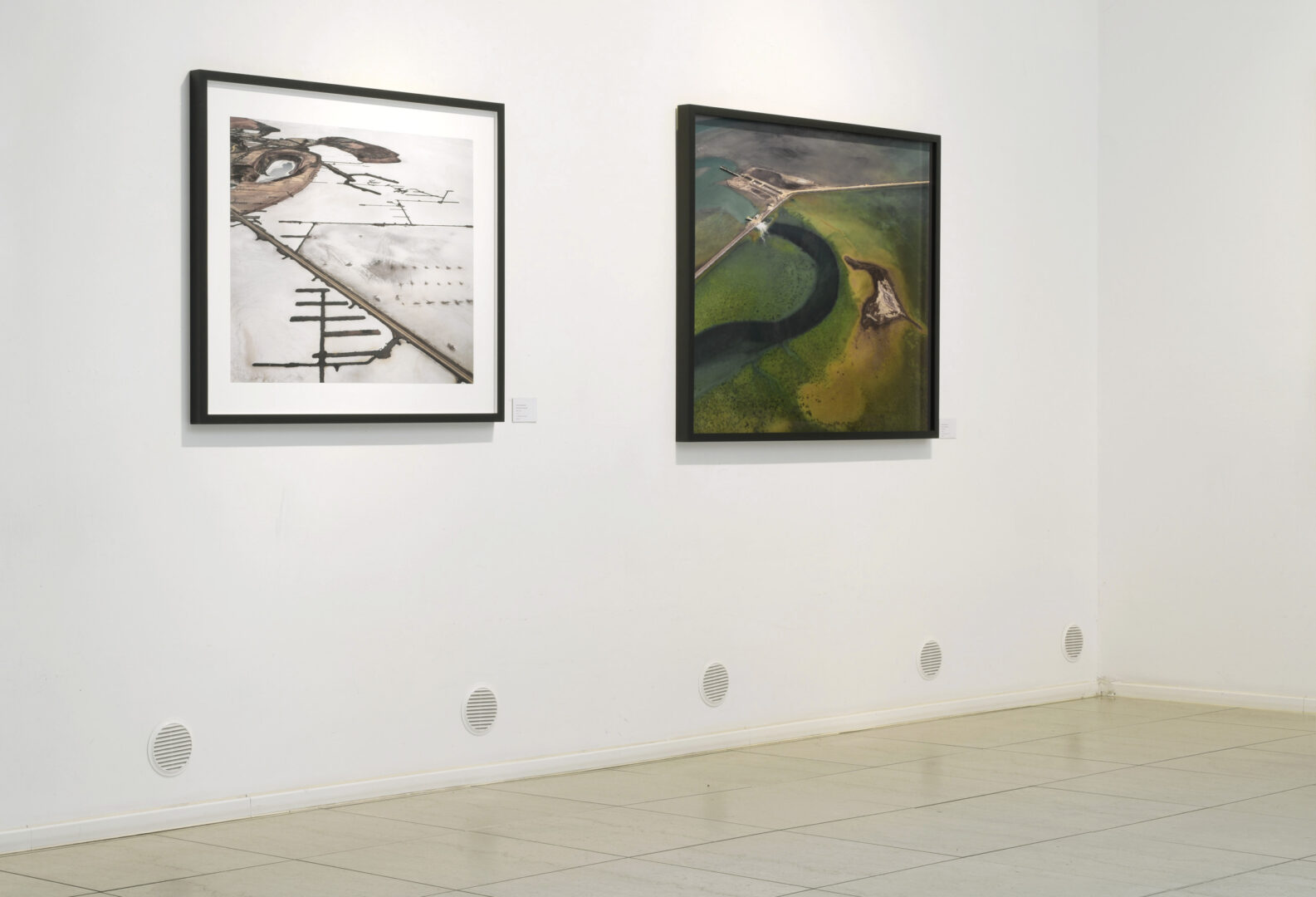 EXHIBITION VIEW 2016: SILVER LAKE OPERATION #16/DAMPIER SALT PONDS #4
MISC:
PRICE:
Detailed information see: ARTIST / EDWARD BURTYNSKY / WORKS
Contact Gallery
Whereas nearly all previous exhibitions and publications have been limited to a specific theme (mines, oil, water...), various cycles will be combined together in this book and exhibition.
Furthermore, two large-scale works from the Indian Salt Pans series from 2016 will be presented. A book with the same title will be published this fall by Steidl Verlag. 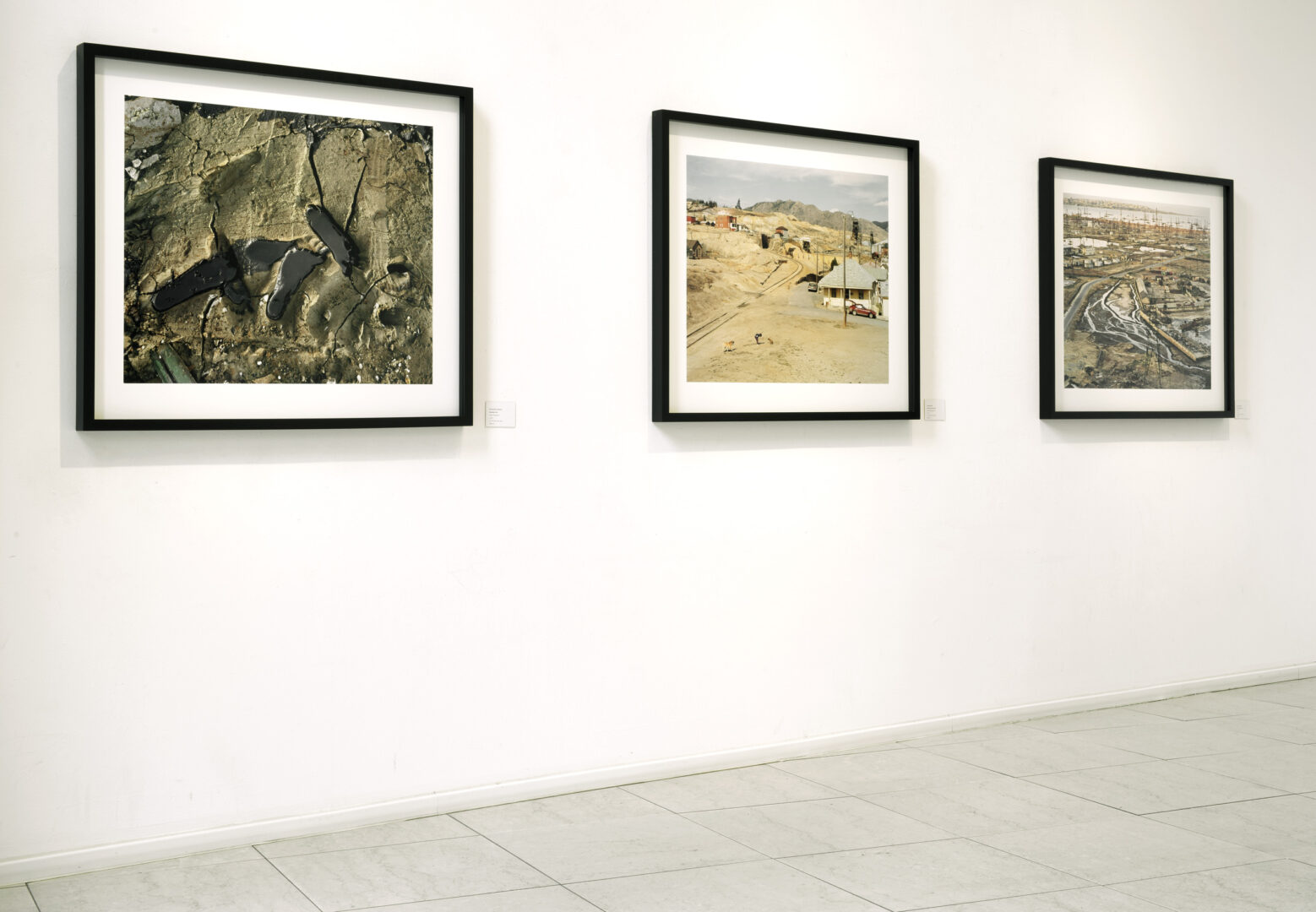 EXHIBITION VIEW 2016: RECYCLING #10/HOMESTEAD #29/SOCAR OIL FIELDS #9
PRICE:
Contact Gallery
Edward Burtynsky's work is described by the Canadian author and curator William A. Ewing in his text in Essential Elements aptly: “In the past decade Canada’s Edward Burtynsky has risen to prominence as one of the world’s most accomplished photographers. His large-scale works are both aesthetically engaging and impressive in their lucid depiction of massive human interventions upon the landscape. 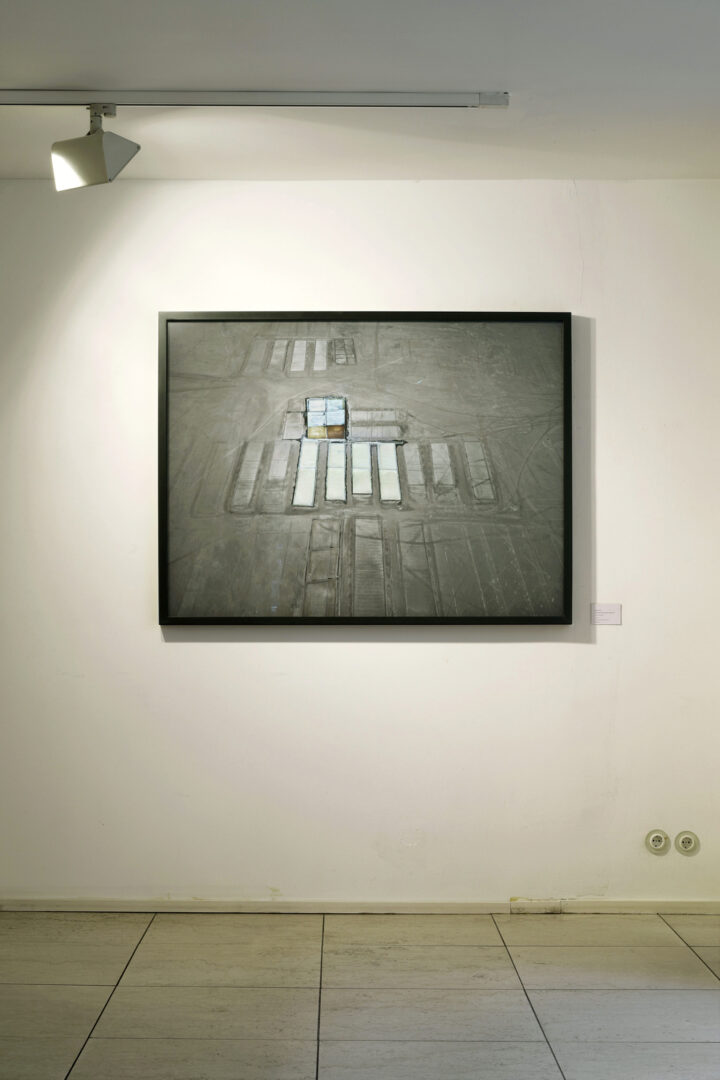 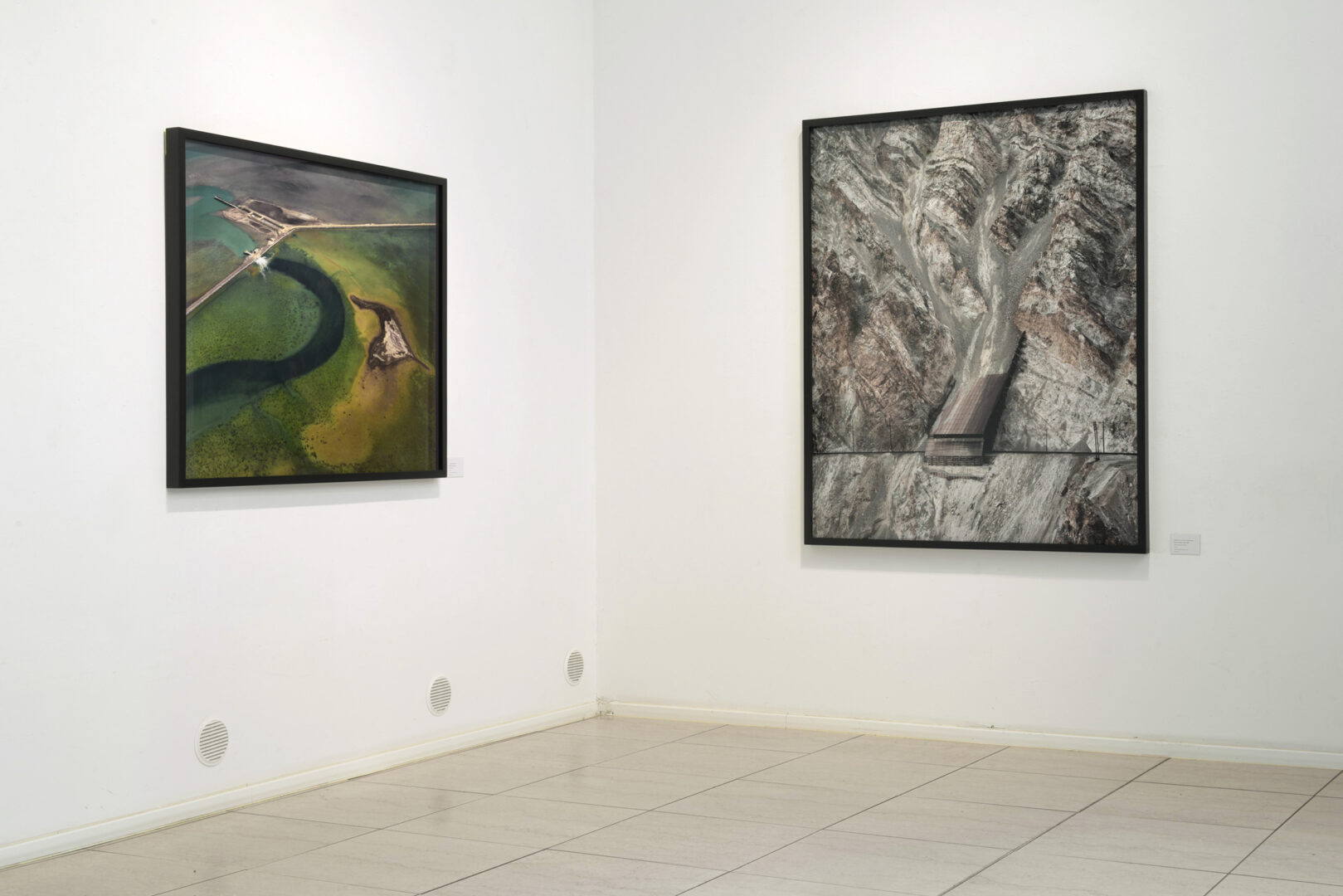 EXHIBITION VIEW 2016: DAMPIER SALT PONDS #4/RAILCUTS #13
MISC:
PRICE:
Detailed information see: ARTIST / EDWARD BURTYNSKY / WORKS
Contact Gallery
Yet they never let the social and environmental costs of this relentless transformation slip out of sight. While Burtynsky respectfully acknowledges our collective accomplishments, he reminds us of the steep price we pay for unbridled material wealth. If Huxley’s warning of a ‘superlative catastrophe’ fell on deaf ears in 1928 (after all, industry was roaring along, and the wealthy readers of the article in Vanity Fair were wallowing in dividends) Burtynsky’s stark picture of a ravaged Earth, coming almost a century later, should gain firmer purchase on minds alarmed by the mounting evidence of climate disruption.“
About Edward Burtynsky:
Edward Burtynsky, born in 1955 in Ontario, studied Photography and Media Design at Ryerson University in Toronto. In his work he explores the complicated connections between nature and industry. Edward Burtynsky is considered one of the most well-known and renowned photographers in Canada, and his works can be found in over 50 major museums throughout the world: National Gallery of Canada, MoMA, Guggenheim NYC, and many more.