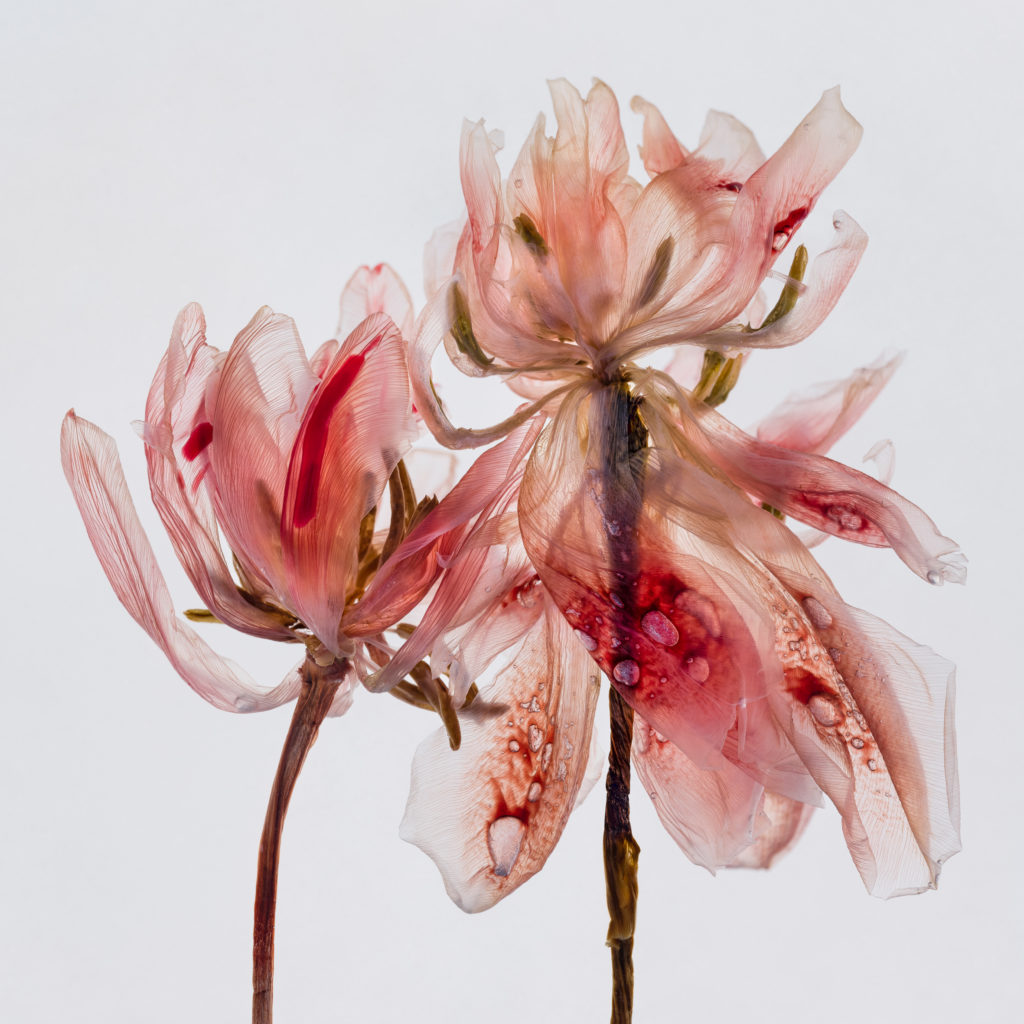 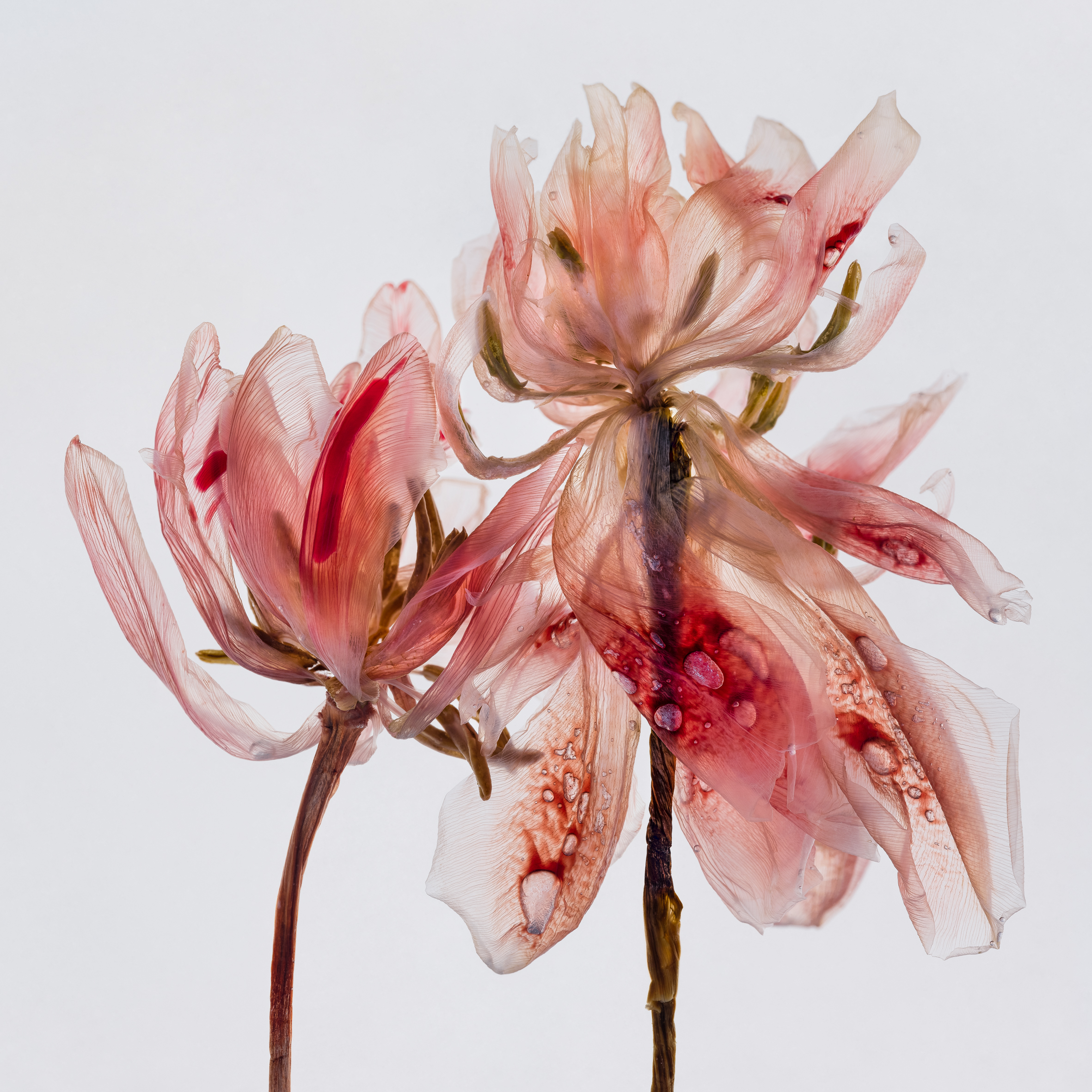 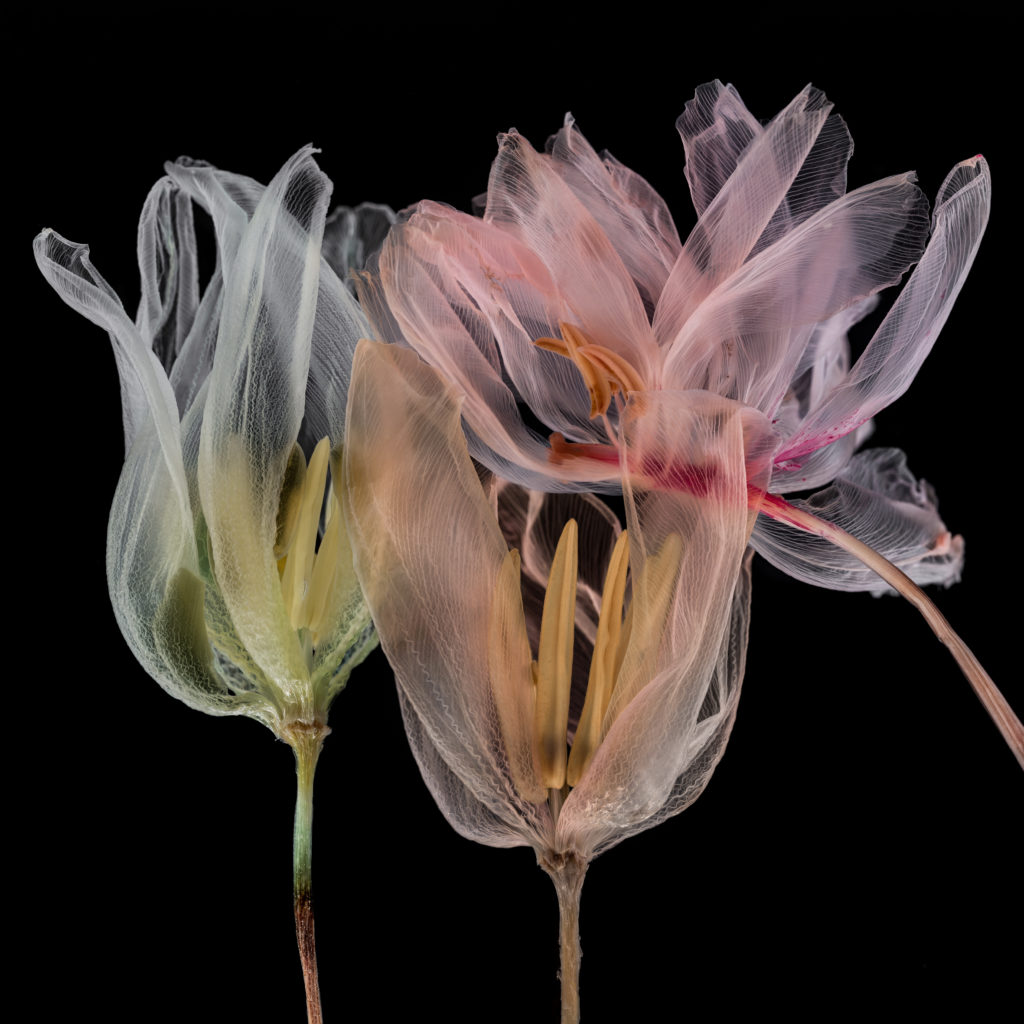 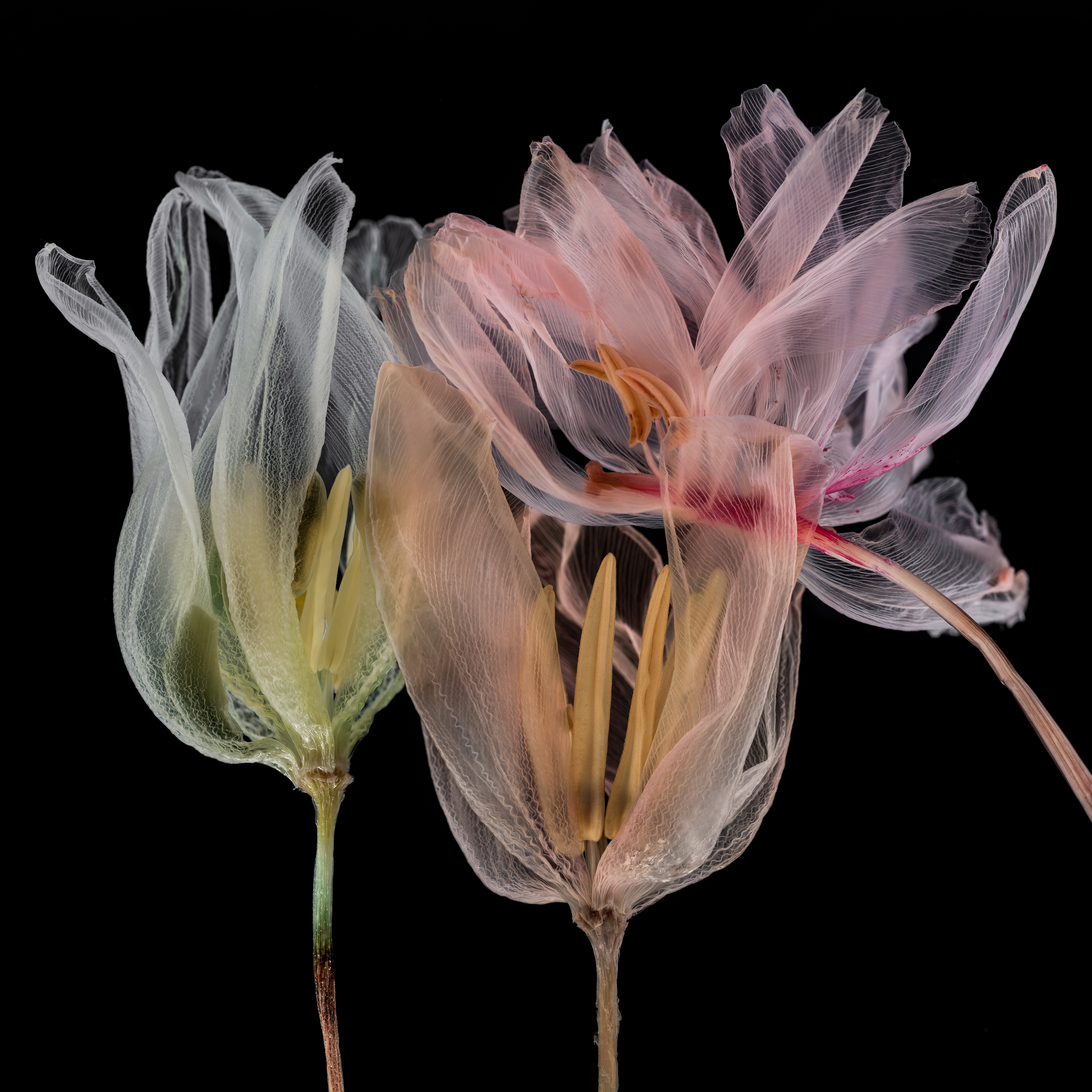 For the first time, Galerie Springer Berlin presents works by artist and photographer Kathrin Linkersdorff in a solo exhibition with works from her new series "Fairies". Linkerdorff is shaped by the Japanese philosophy of Wabi-Sabi, in which the beauty of imperfection and impermanence is extolled. Barbara Esch Marowski, director of the Haus am Kleistpark, had described the artist a few weeks ago as follows: "In their captivating clarity, her works are reminiscent of the plant photographs of Karl Blossfeldt and in their aesthetics of the paintings of Edward Weston. 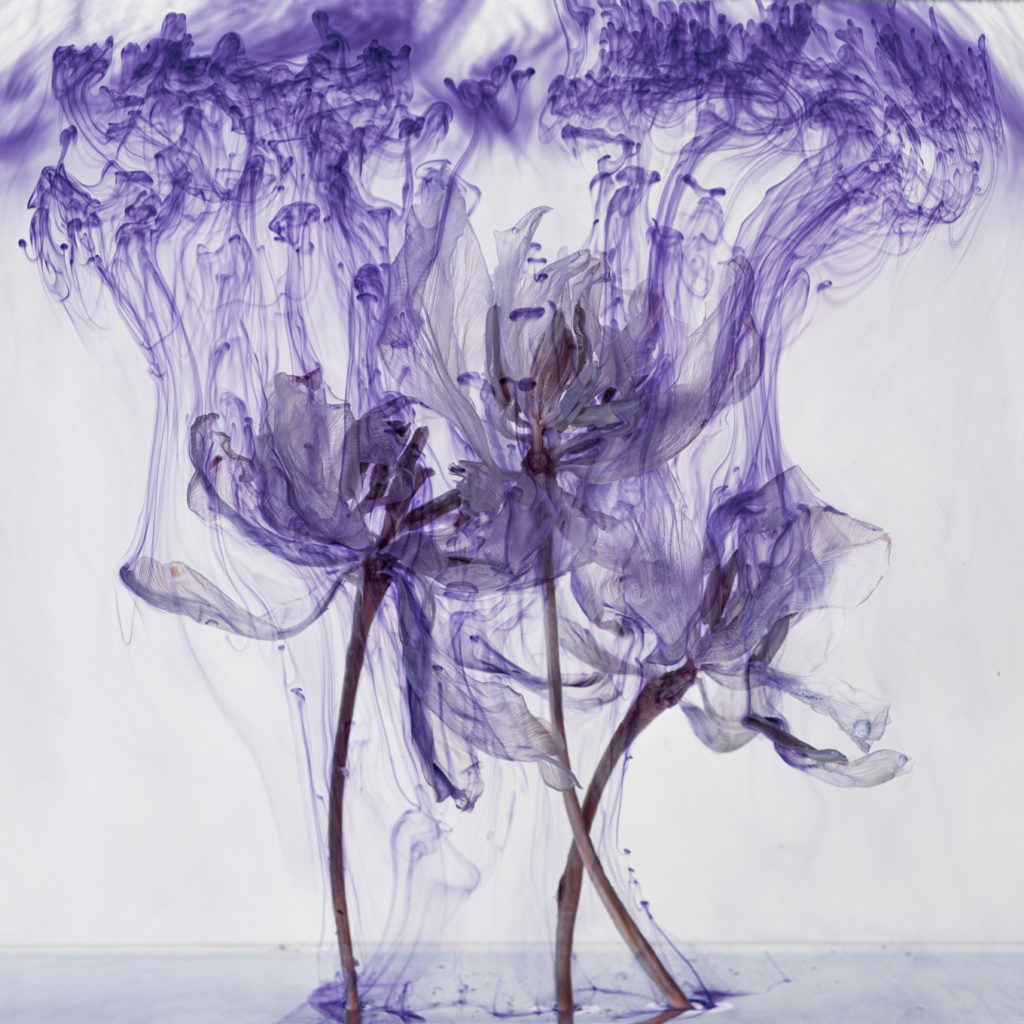 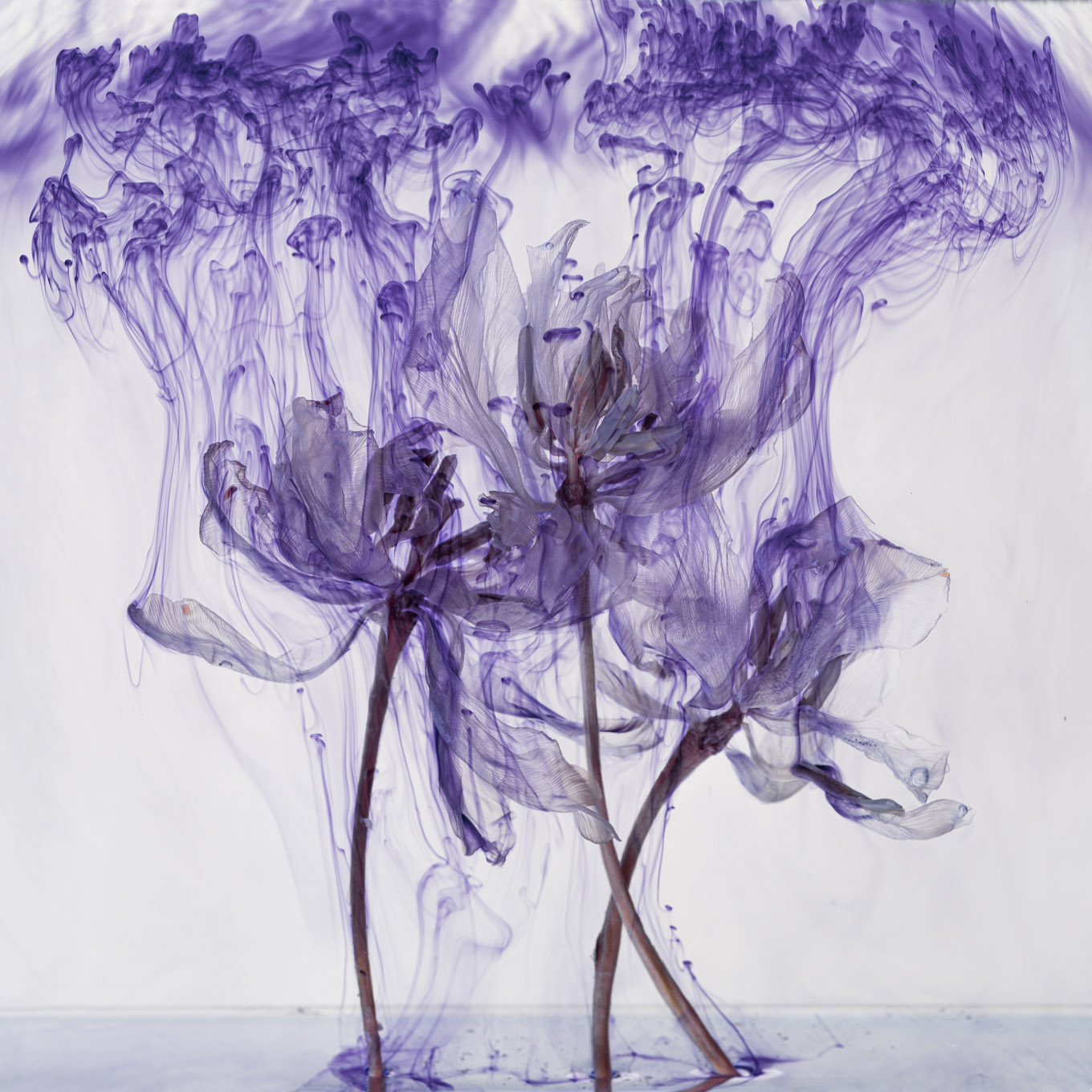 Kathrin Linkersdorff
Fairies IV / 4, 2021
SERIES:
YEAR:
MEDIUM:
SIZE:
EDITION:
MISC:
PRICE:
Fairies
2021
Archival Pigment Print
150 x 150 cm / 80 x 80 cm / 35 / 35 cm
Ed. 3/ Ed. 5 / Ed. 8
signed, numbered, dated on verso - framed, museum glass
Contact Gallery
If you entered her studio, you would not think it was a photo studio. Stacking cardboard boxes hold an archive of drying plants. The beginning of her work is a lengthy and painstaking treatment of ever more fragile flowers. For months they are hung up, turned, dusted and turned over again - to fragilely solidify in imagined forms. 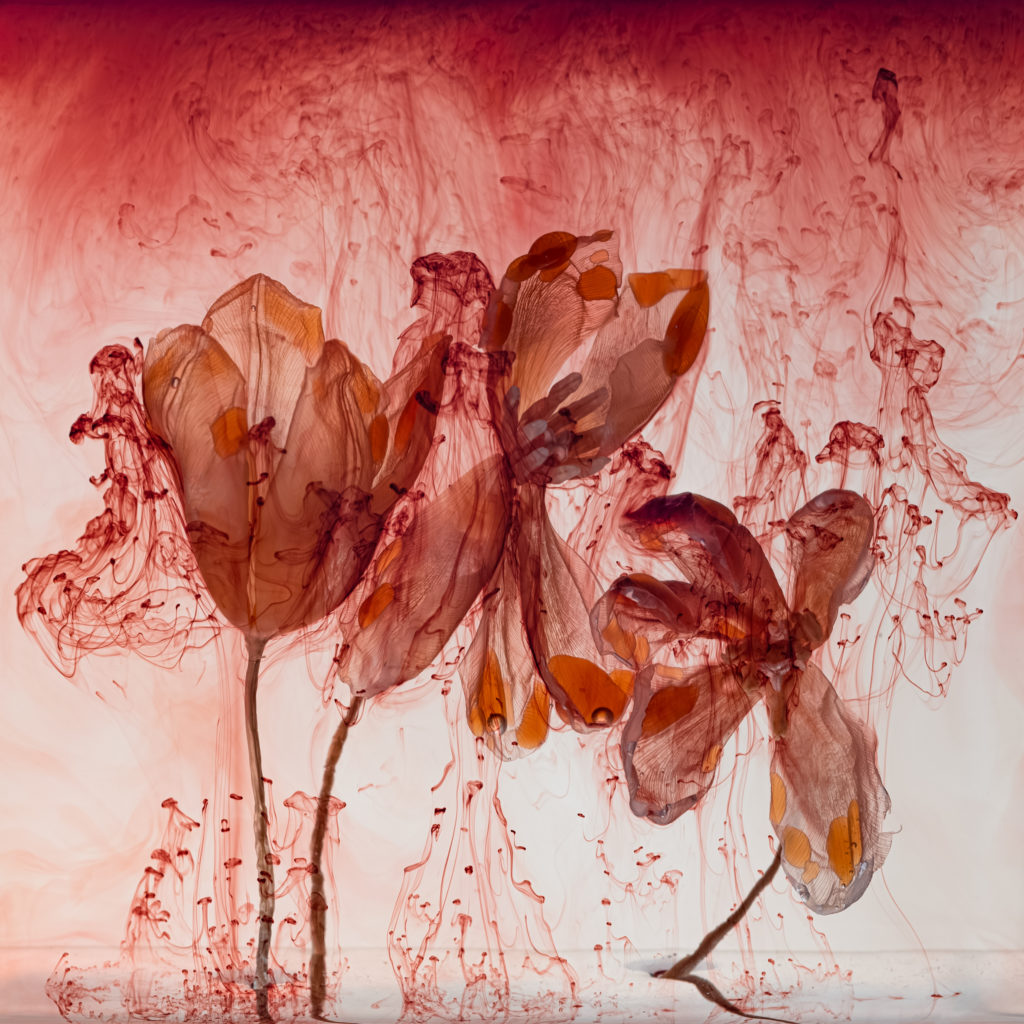 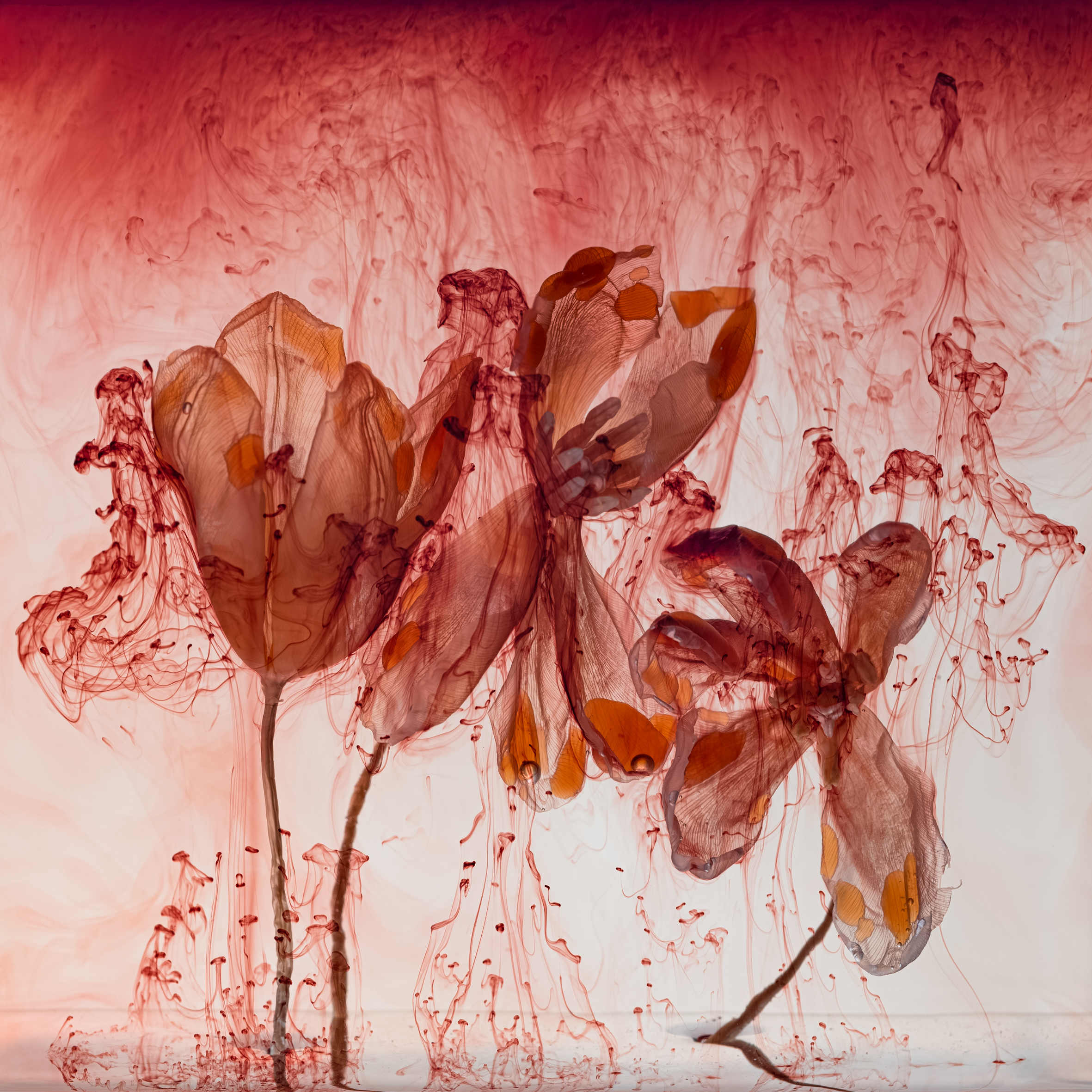 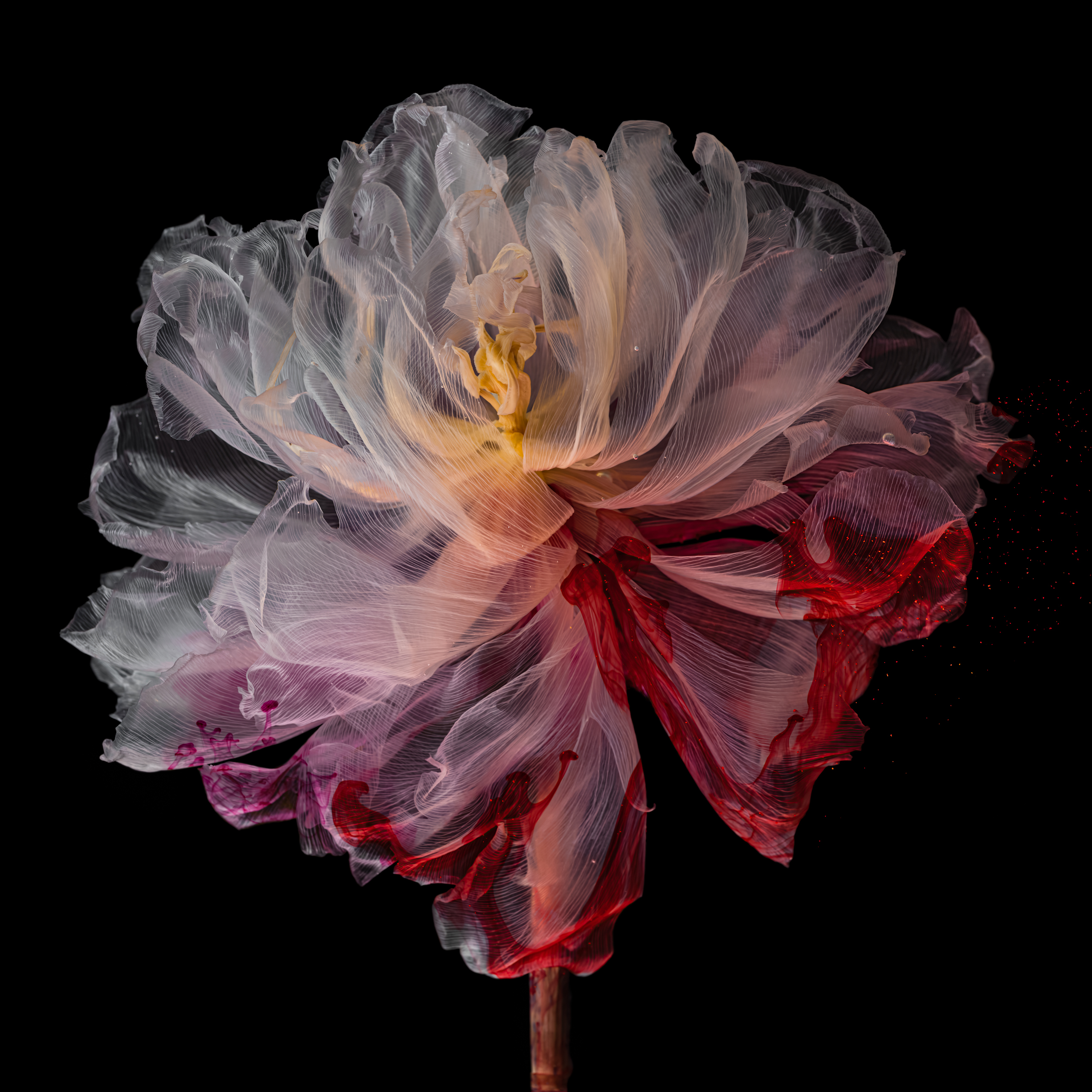 Kathrin Linkersdorff
Fairies V / 2
SERIES:
YEAR:
MEDIUM:
SIZE:
EDITION:
MISC:
PRICE:
Fairies
2021
Archival Pigment Print
150
Ed. 3 / Ed. 5 / Ed. 8
signed, numbered, dated on verso - framed, museum glass
Contact Gallery
In the precisely staged moment of photography, the fading moment of transience is frozen in its full beauty. But it is only in the subsequent interplay with the elaborate process of further processing and a finely adjusted print that the image finds its perfect expression and is able to reflect the soulful moment of the shot."
Kathrin Linkersdorff, born in Berlin in 1966, completed her architecture studies at the TU Cottbus in 1996. She studied at Berlage University in Amsterdam and at Bartlett University in London. She then worked as an architect in Tokyo before studying Japanese ink painting there. In Berlin, she completed her studies in photography at the "Schule für Fotografie am Schiffsbauerdamm" with Robert Lyons in 2006-2007. Since 2012, she has been working internationally as a freelance artist from Berlin.