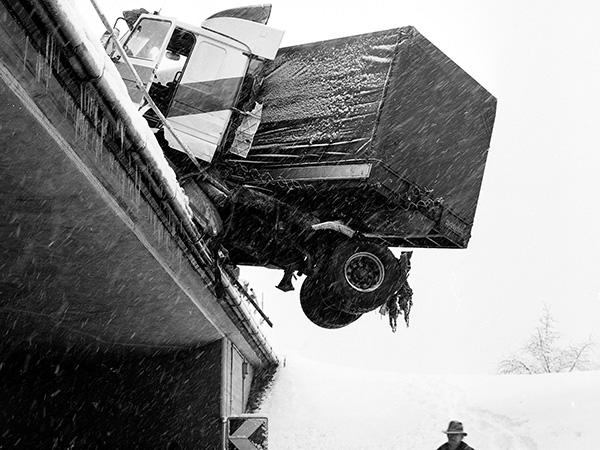 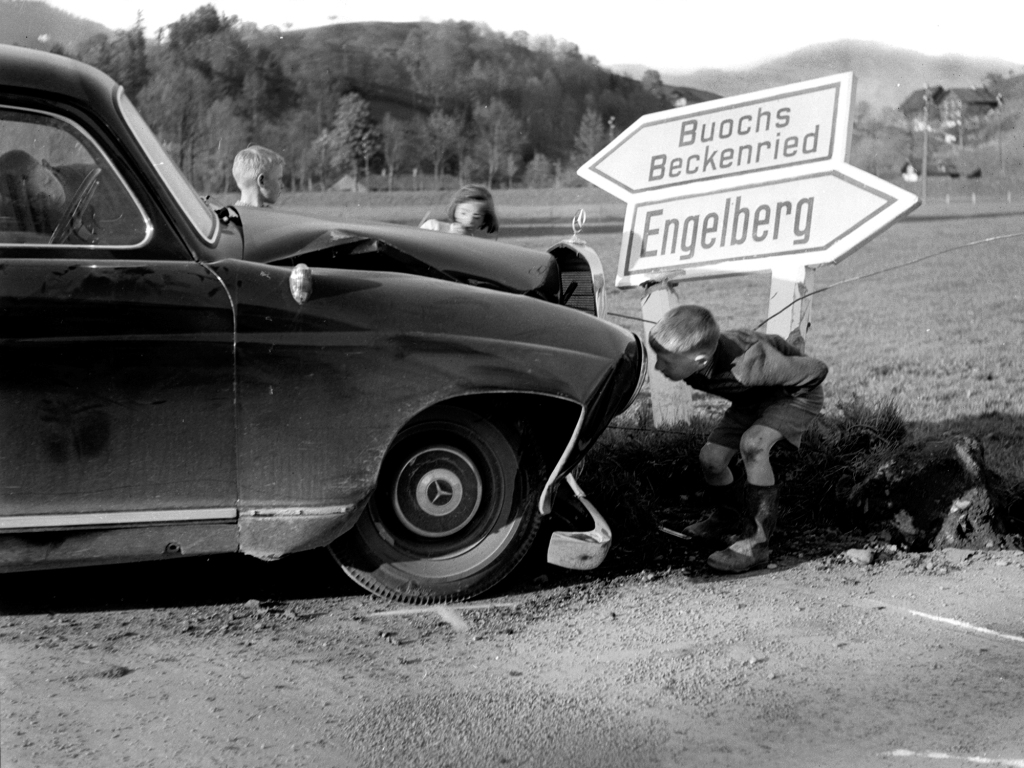 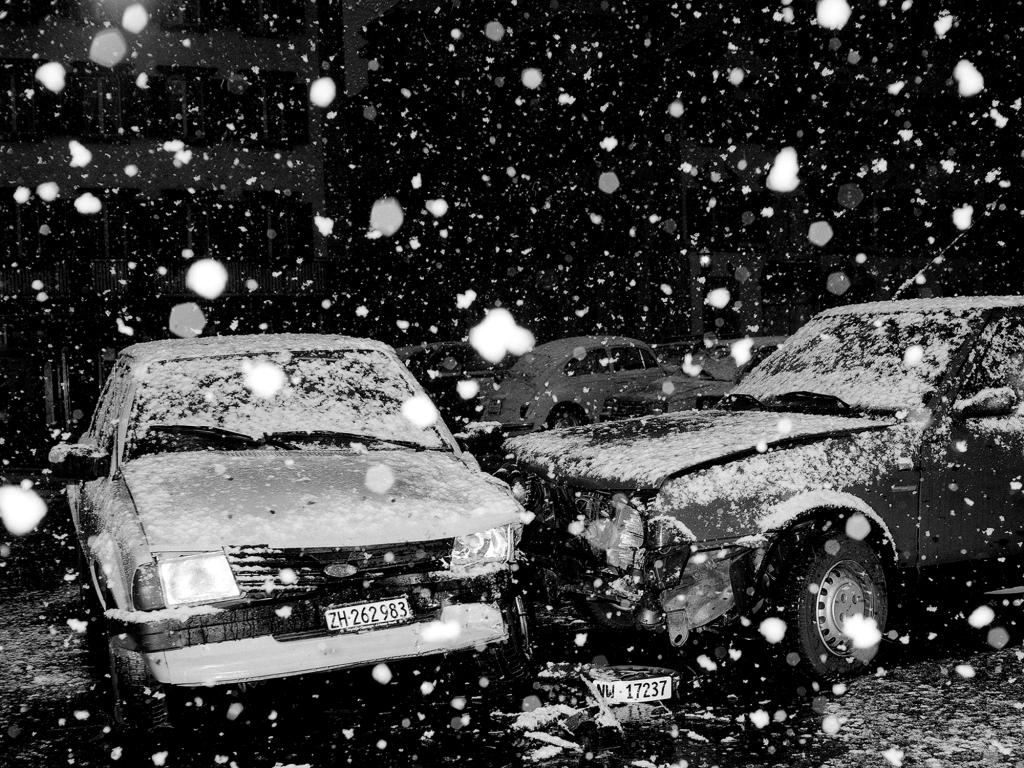 Stans, 1987
SERIES:
YEAR:
MEDIUM:
SIZE:
EDITION:
MISC:
PRICE:
Karambolage
1987
Gelatin silver print
30 x 40 cm
8
signed,dated,numbered with pencil on verso (2329)
Contact Gallery
Silke Homann, Editor of the art magazine Monopol, described the work of Odermatt as „accurate compositions of metal, chrome, tyre marks, mountain ranges and clouds”. The Galerie Springer Berlin is pleased to welcome you to the exhibition. Arnold Odermatt, who celebrates his 89th birthday this month, will attend the opening. If you are interested in an interview, please register in good time. 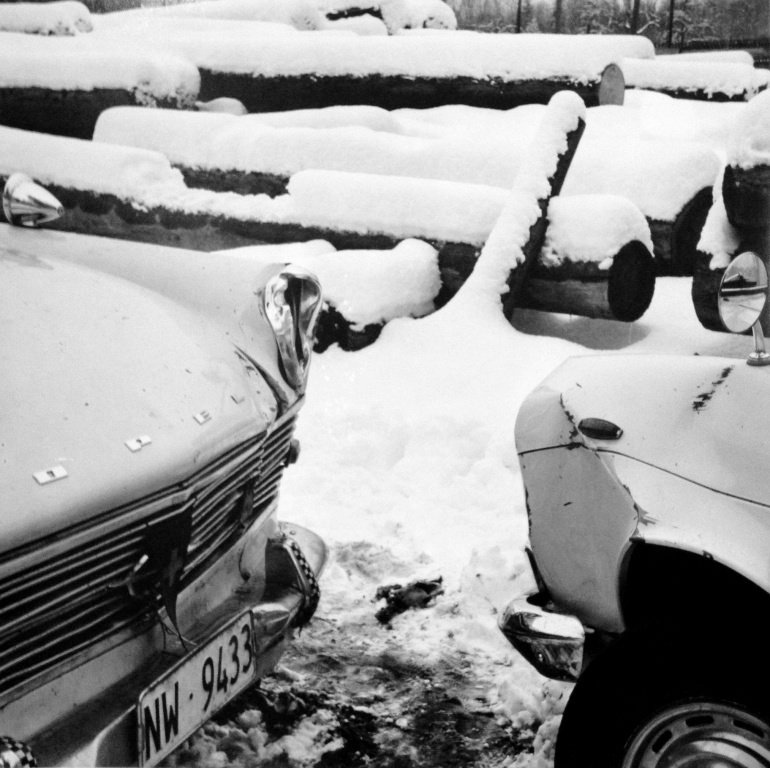 Dallenwil, 1989
SERIES:
YEAR:
MEDIUM:
SIZE:
EDITION:
MISC:
PRICE:
Karambolage
1989
Gelatin silver print
30 x 30 cm
8
signed,dated,numbered with pencil on verso (1280)
Contact Gallery
The artist was born in 1925 in Oberdorf, in the Swiss Canton of Nidwalden. He attended the primary and secondary school in Stans and trained as a baker and confectioner. In 1948, Odermatt joined the police force and in 1990 retired with the rank of First Lieutenant, Head of the Traffic Police and Deputy Commander of the Nidwalden police. At the start of his term of service, he asked if he could photograph the numerous accidents that he attended as part of his work. 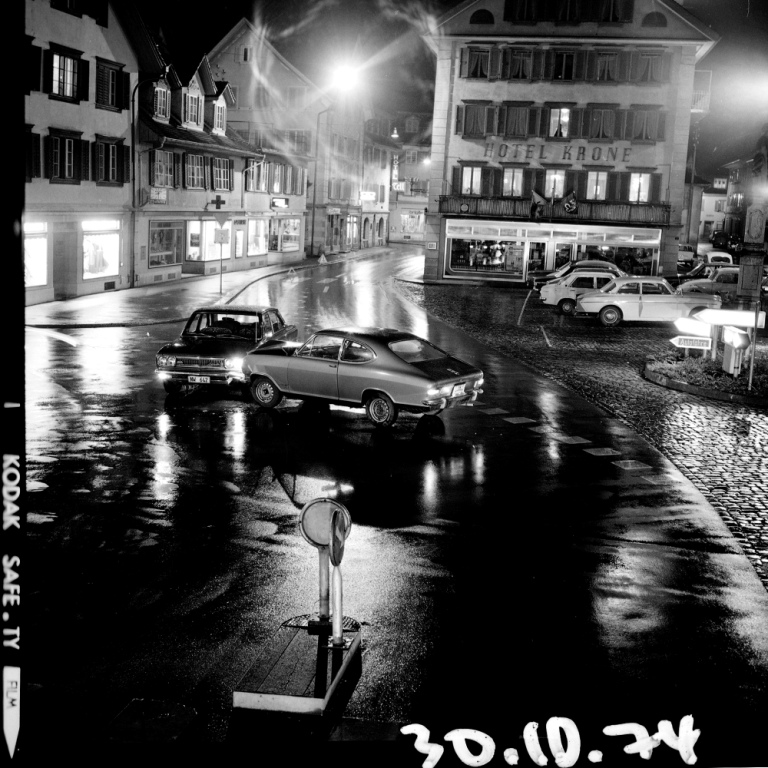 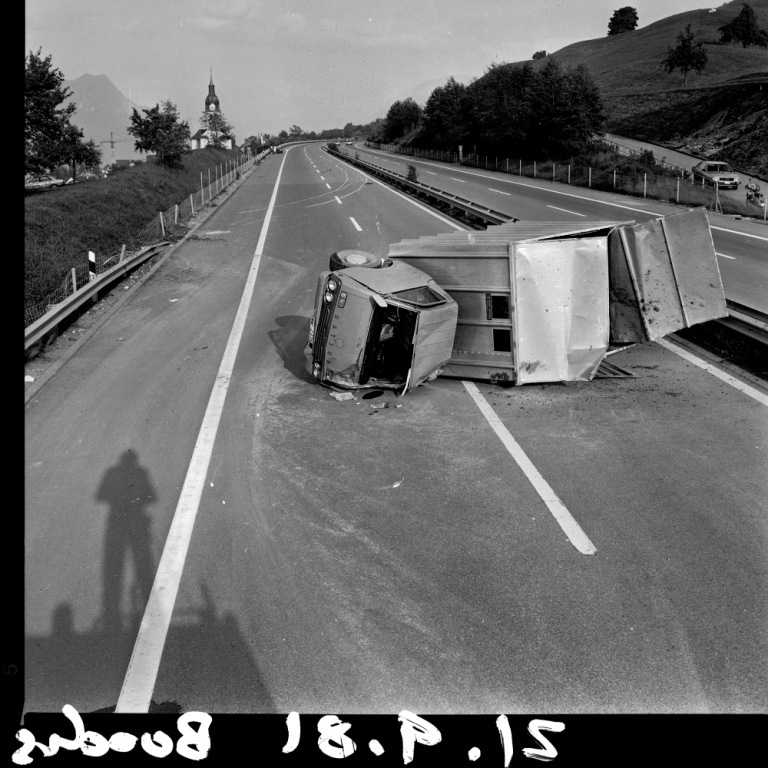 Buochs, 1981
SERIES:
YEAR:
MEDIUM:
SIZE:
EDITION:
MISC:
PRICE:
Karambolage
1981
Gelatin silver print
30 x 30 cm
8
signed,dated,numbered with pencil on verso (1254)
Contact Gallery
He developed the negatives at home and used the images to complete his accident reports. Once Odermatt’s photographs had proved to be useful in court, a dark room was set up for him in a small room at the police station. At the start of the 1990s, his son, the film maker Urs Odermatt, was researching for a film when he discovered decades of archived traffic accidents that had happened in the Canton of Nidwalden. Impressed by the quality of the work, he became the editor of all Arnold Odermatt’s books that have been published to date. The books “Karambolage”, “Im Dienst/On Duty” and “In Zivil/Off Duty” were published by Steidl. In 2001, Harald Szeemann exhibited a selection of 32 works by Odermatt at La Biennale in Venice.
Numerous international solo and group exhibitions followed, including solo exhibitions at The Art Institute of Chicago (2001), Centro Cultural Okendo in San Sebastian (2005) and La Cambre, Stasbourg (2012). The works of Arnold Odermatt currently form part of numerous international collections and are displayed at a number of international museums. The artist lives and works in Stans.