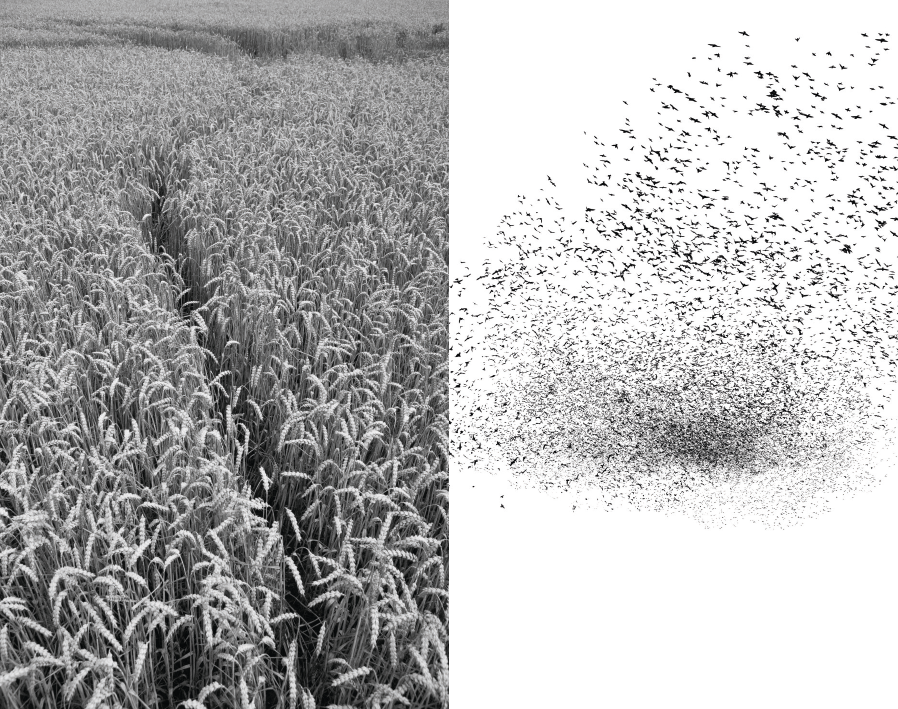 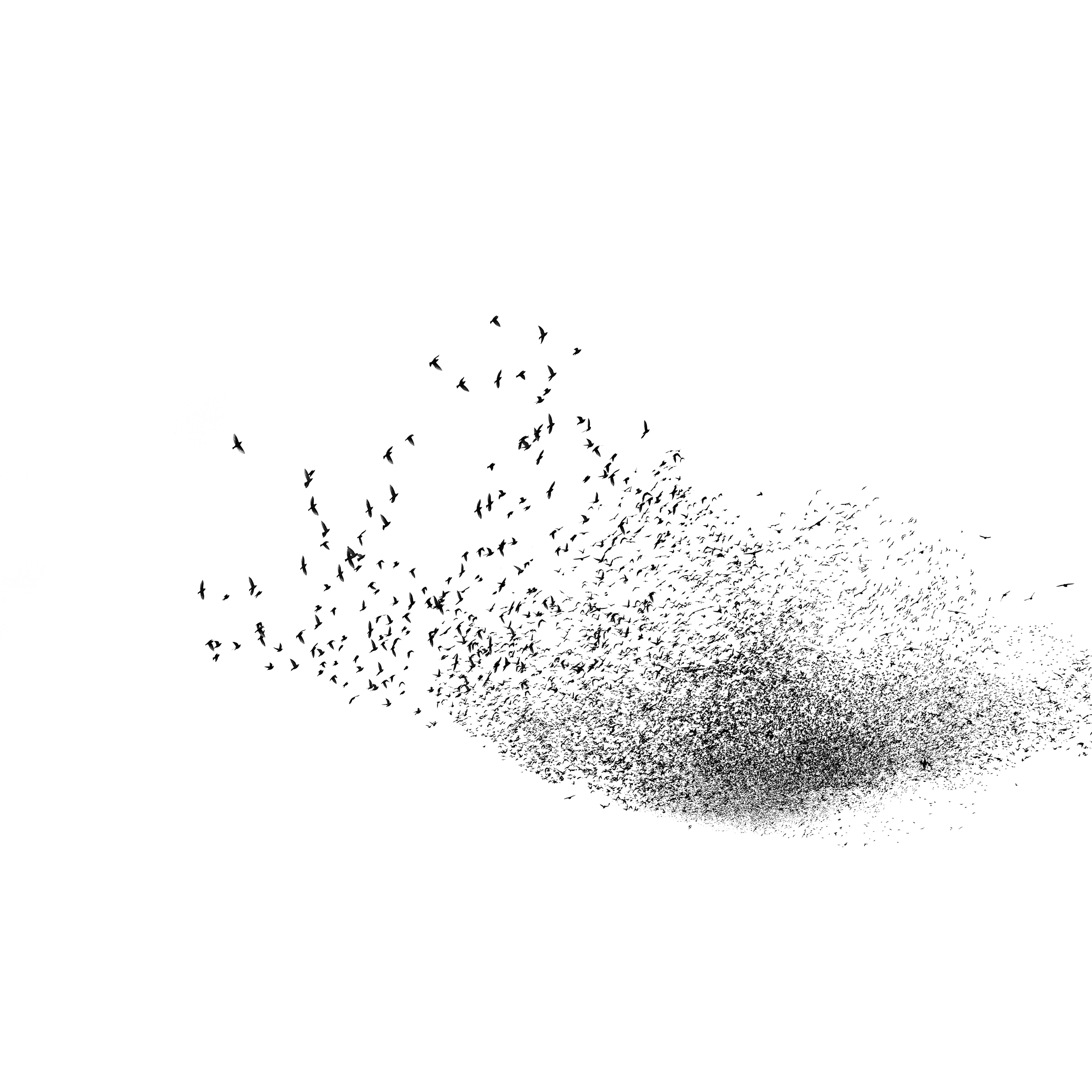 Aitor Ortiz
ESTORNINOS 002
SERIES:
YEAR:
MEDIUM:
SIZE:
EDITION:
PRICE:
Estorninos
2020
Print on Aluminium
50 x 50 cm / 125 x 125 cm
Ed. 5 / Ed. 5
Contact Gallery
In the exhibition Natural Appearance by Maria Jauregui Ponte and Aitor Ortiz, Galerie Springer Berlin is showing two series that have emerged independently of each other, but which are dedicated to the same theme, namely the appearance of nature. Both artists have used photography to capture the visible and the invisible in different ways. 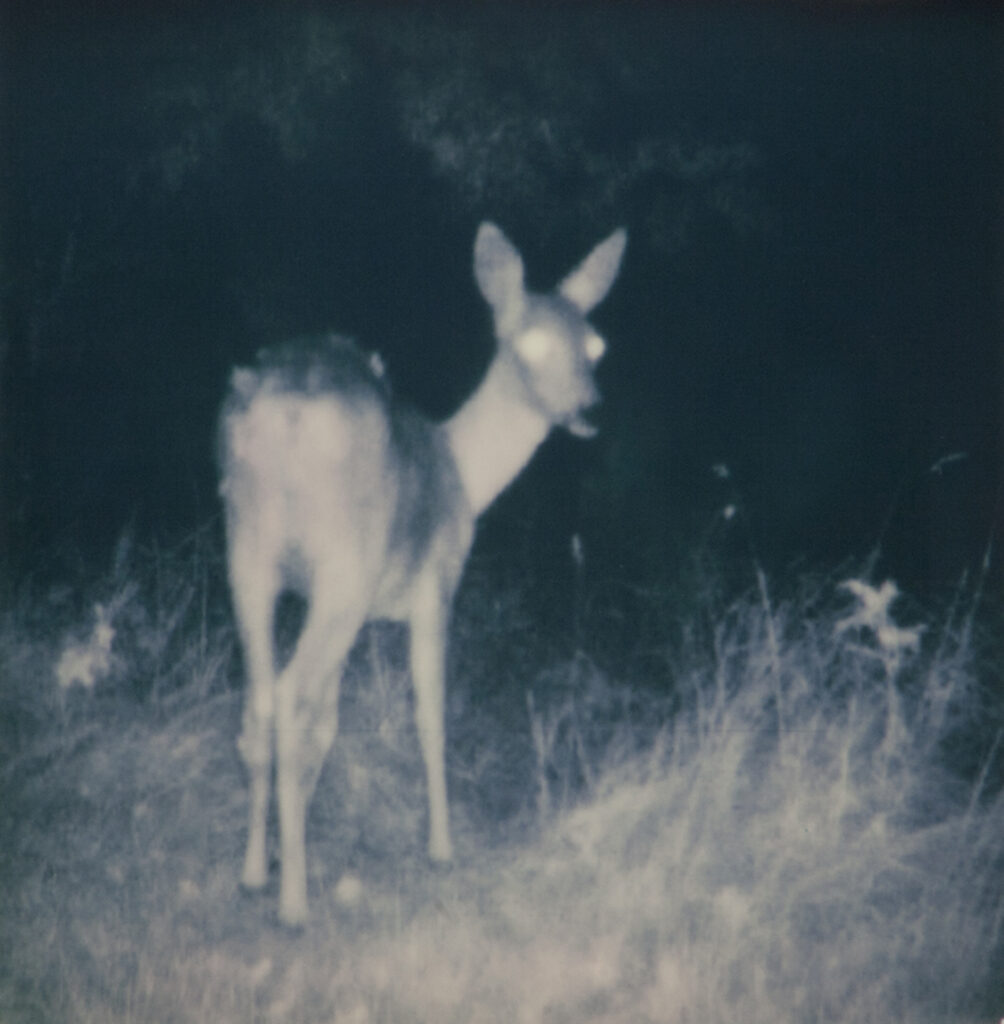 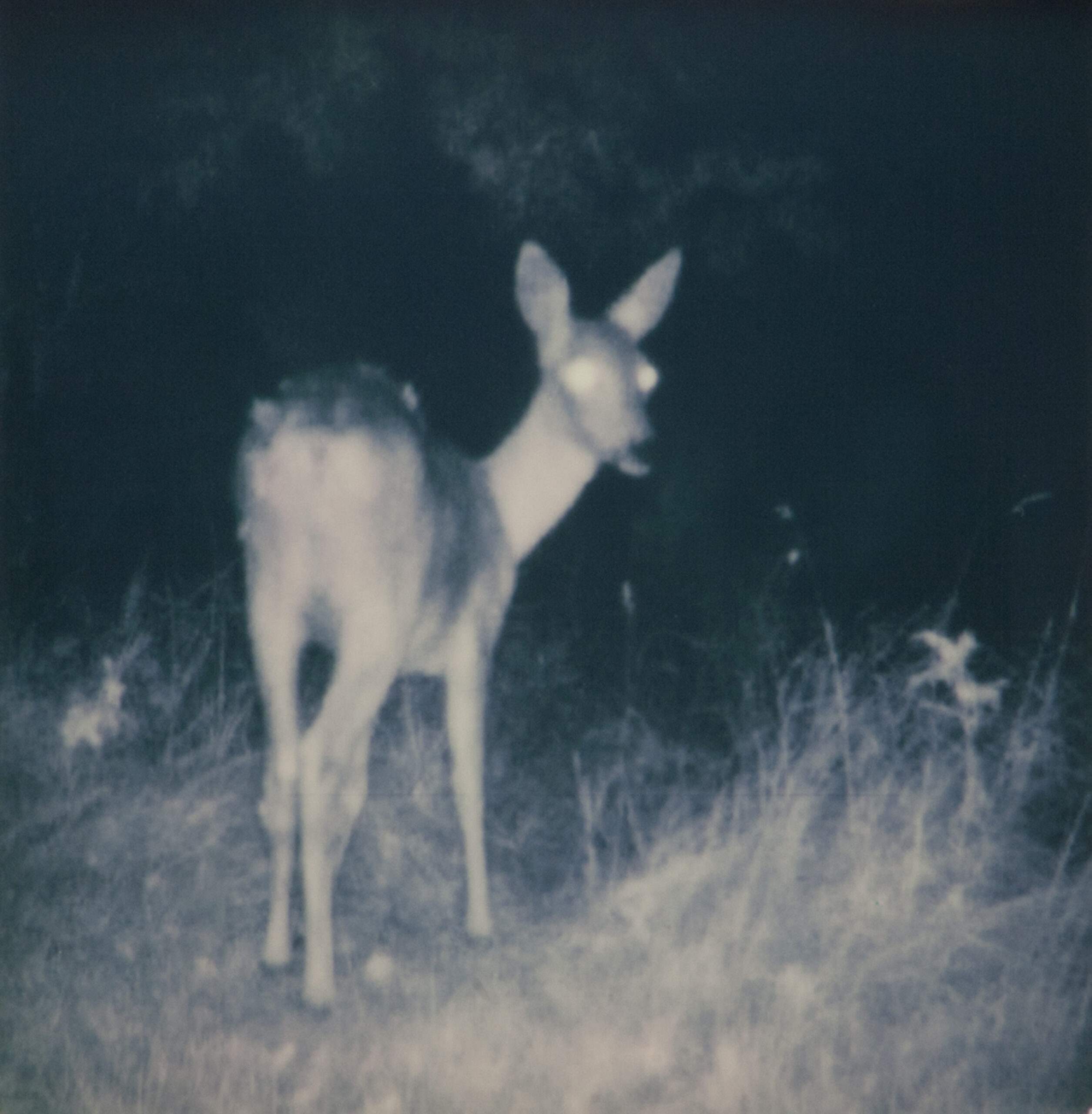 Maria Jauregui Ponte
o.T./ Reh 15
SERIES:
YEAR:
MEDIUM:
SIZE:
EDITION:
PRICE:
Winterschlafo Fuchs und Hase
2018-2021
Polaroid, framed, museum glass
19x18,5 cm
5
Contact Gallery
In the series Wo Fuchs und Hase (Where Fox and Hare), which Maria Jauregui Ponte has been working on since 2018, the gallery is showing pictures from a small location in Mecklenburg. The cycle deals with wild animals that share their living space with people. By day, they live withdrawn, distanced from human beings. As soon as it gets dark and residents have withdrawn to their houses, the animal world re-conquers the terrain. Maria Jauregui makes this reconquering visible with the help of a wildlife camera. In the daytime, the artist takes the camera with her as she searches for traces the animals have left behind in the night. 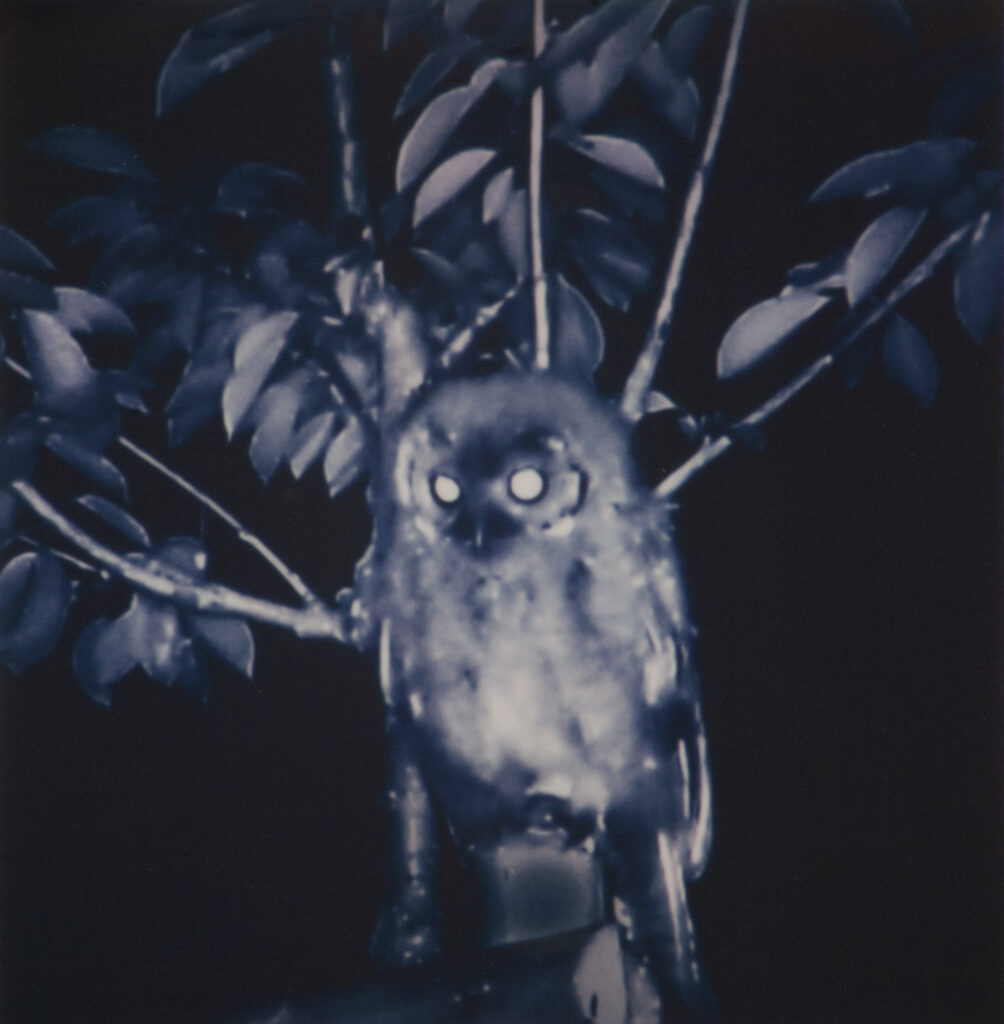 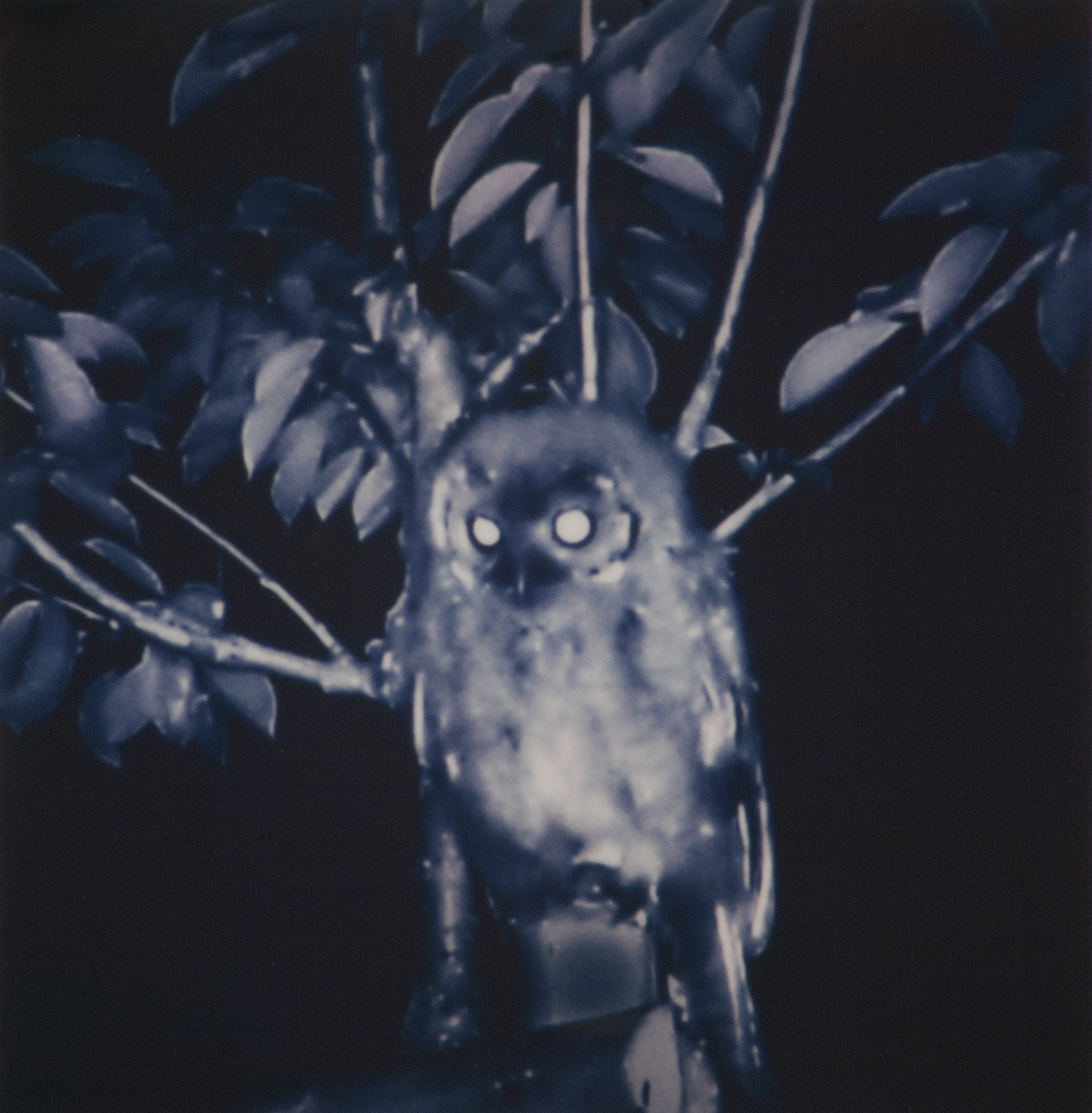 Maria Jauregui Ponte
o.T./ Waldkauz 03
SERIES:
YEAR:
MEDIUM:
SIZE:
EDITION:
PRICE:
Wo Fuchs und Hase
2018-2021
Polaroid, framed, museum glass
19 x 18,5 cm, framed
5
Contact Gallery
Ortiz photographs the fascinating formations of swarms of starlings on the Basque Country’s Atlantic coast. Isolated from their natural background, they form dark specks on empty canvases. These structures or clusters are jointly coordinated by hundreds or thousands of creatures. They constitute an agile, unpredictable choreography in which the individual disappears. Ortiz captures this natural wonder with his camera and alienates it with technical sophistication. 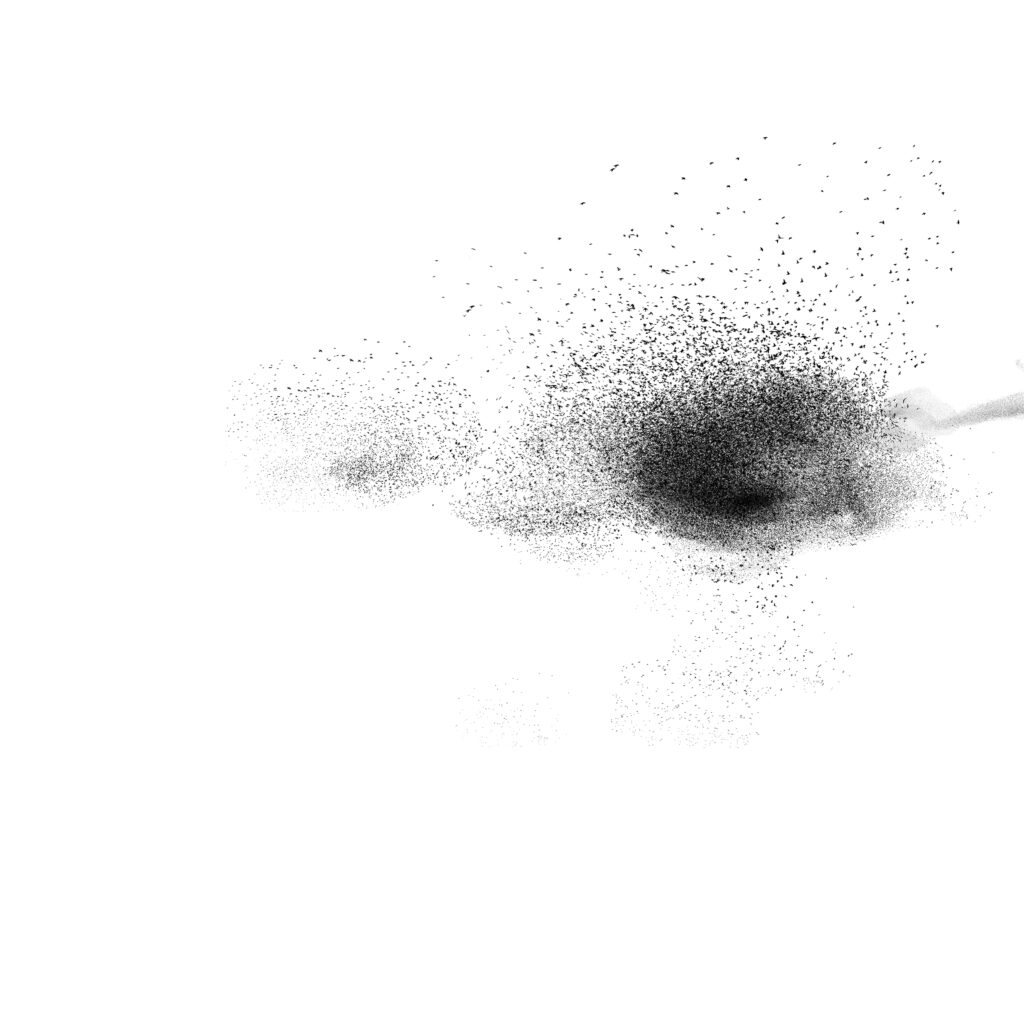 Aitor Ortiz
ESTORNINOS 016
SERIES:
YEAR:
MEDIUM:
SIZE:
EDITION:
PRICE:
Estorninos
2020
Print on Aluminium
50 x 50 cm / 125 x 125 cm
5
Contact Gallery
Maria Jauregui Ponte and Aitor Ortiz come from the Basque Country in Spain; Ortiz lives near Bilbao, Jauregui Ponte in Berlin and Mecklenburg-Western Pomerania.
About Maria Jauregui Ponte: Maria Jauregui Ponte, born in the Basque Country in 1972, has been living and working in Berlin since 1996. She is a self-taught photographer and honed her skills in internships and assistantships before studying at the New School for Photography, graduating in 2012. Ponte sees photography as a testing ground, offering her a variety of opportunities for expression. The tension between coincidence and control forms part of her approach. Since 2000, she has participated in numerous solo and group exhibitions in Germany and Europe, including at the Haus am Kleistpark, the Fotohaus ParisBerlin and the Rencontres d'Arles 2017 (solo exhibitions) and at the Opelvillen, Rüsselsheim (group exhibition).
About Aitor Ortiz: Born in Bilbao in 1971, Aitor Ortiz is one of the best-known Spanish photographers. His work has been shown in numerous major museums in Europe, Asia and America, in both group and solo exhibitions. His major solo exhibitions include: Museo Universidad de Navarra (2018), Fotografiska Stockholm (2012), Sala Canal de Isabel II, Madrid (2012), Museo Guggenheim, Bilbao (2011). The book published by Hatje Cantz in 2011 is an important monograph on his work, which has been lauded by critics and honoured with numerous awards. His works are included in many different collections, including: Museo Nacional Centro de Arte Reina Sofía, Madrid, Museo Guggenheim Bilbao, Fundación La Caixa, AXA. Belgium, IVAM. Instituto Valenciano de Arte Moderno, Norman Foster Collection and many others.