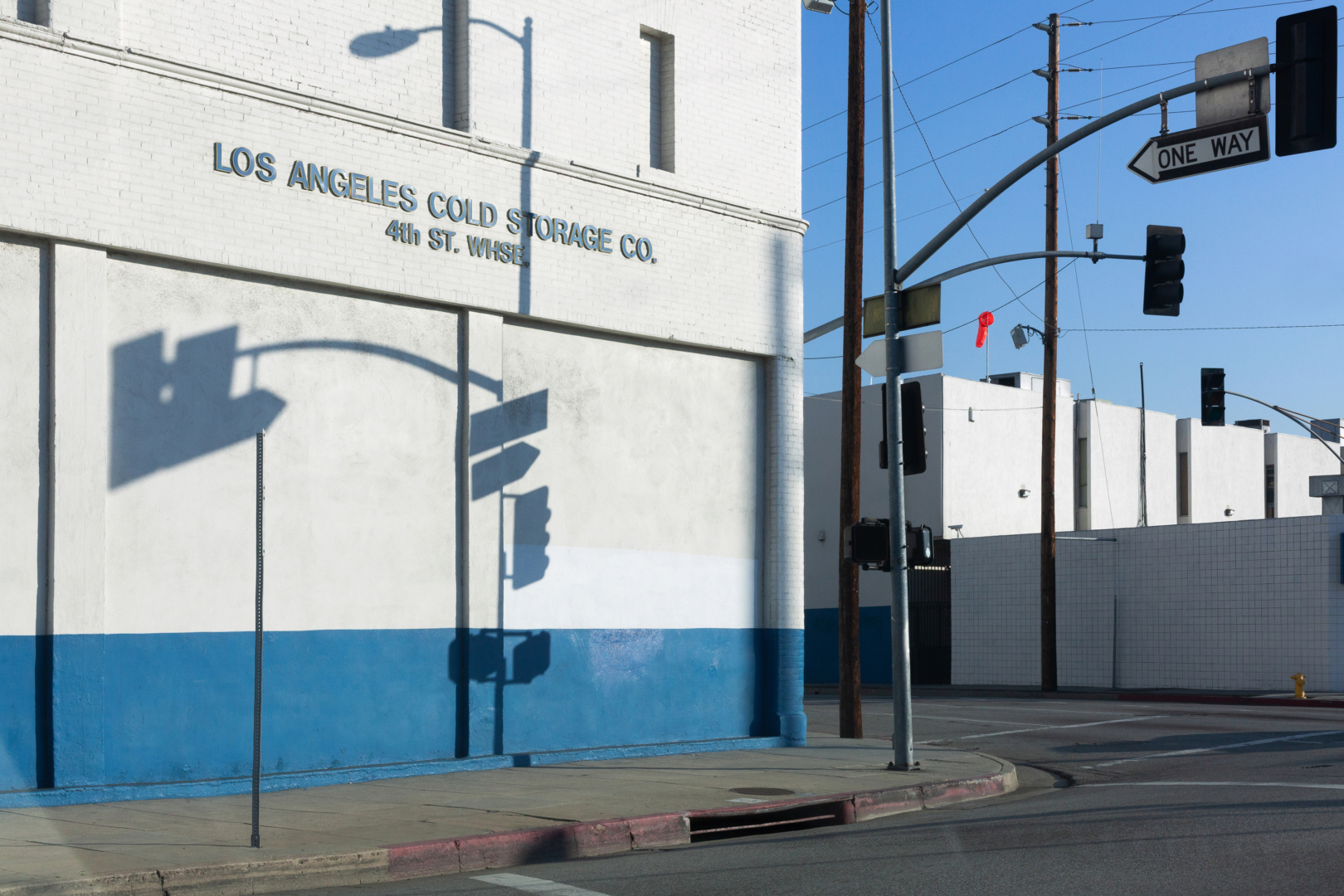 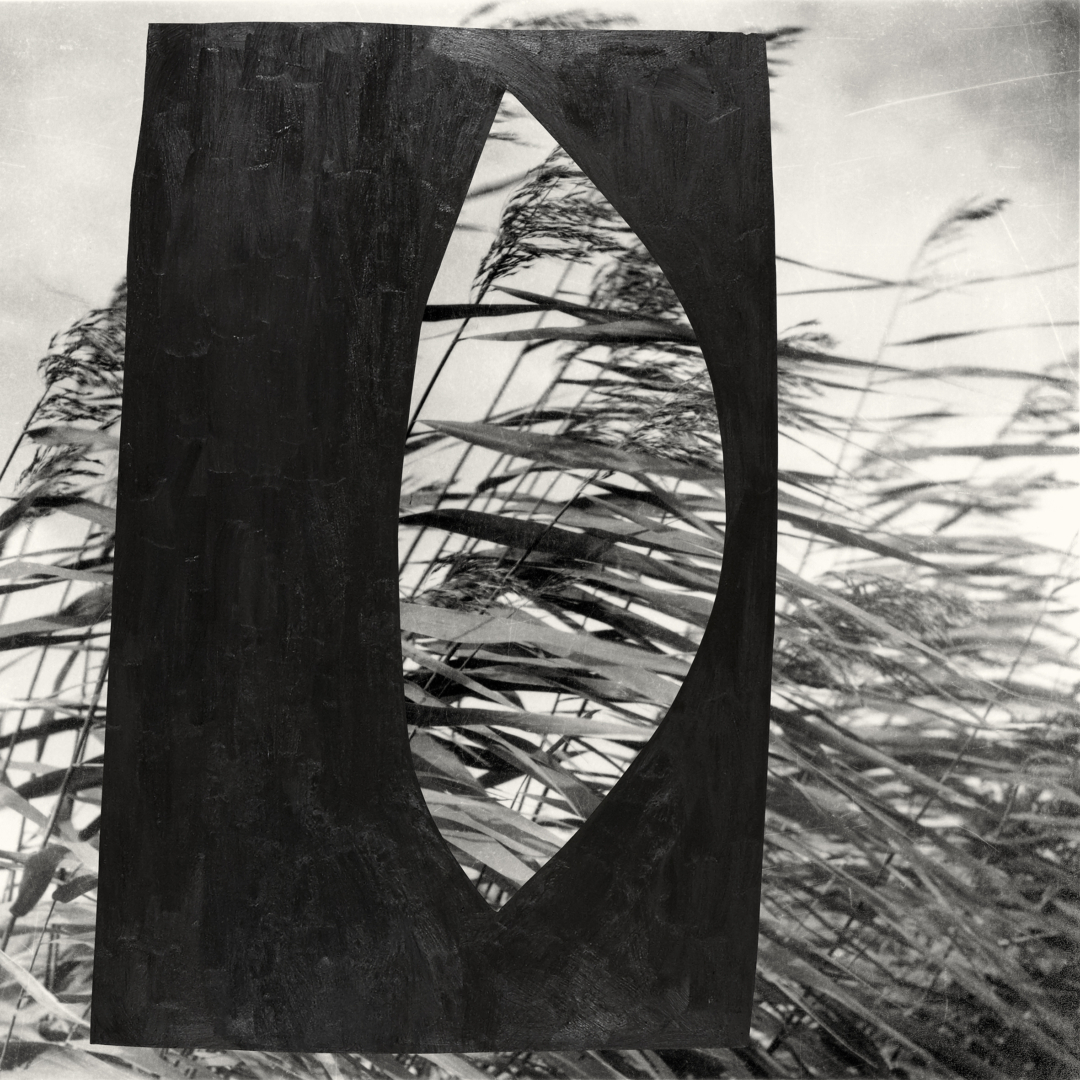 ohne Titel (Schilf)
ARTIST:
SERIES:
YEAR:
MEDIUM:
SIZE:
EDITION:
PRICE:
Peter Klare
Collages
2021
Archival pigment print, framed
90 x 90 cm
Ed. 6
Contact Gallery
Every picture inevitably asks - apart from everything visible - about the author's position. After all, at the moment of viewing the picture, you find yourself in exactly this spot. In our double exhibition with Peter Klare and Jens Liebchen, both artists are fundamentally concerned with their own standpoint in relation to the photographic motif. While Jens Liebchen's pictures are created as »drive-by-photography« on a year-long drive through Los Angeles, Peter Klare pushes himself with his collages directly in front of the camera lens into pictures from a distant past. 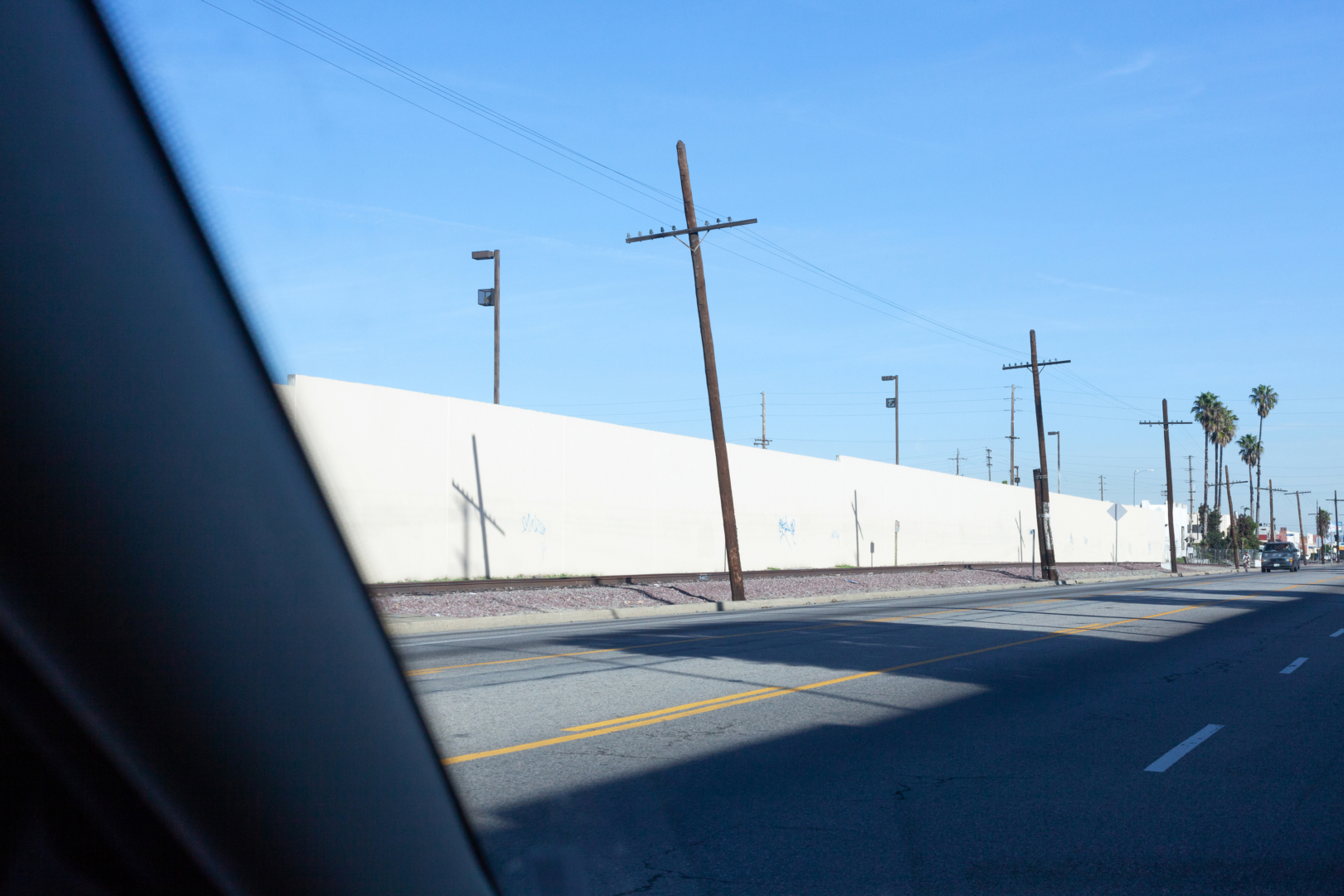 ohne Titel (Slauson Avenue / Avalon Boulevard)
ARTIST:
SERIES:
YEAR:
MEDIUM:
SIZE:
EDITION:
PRICE:
Jens Liebchen
L.A. Crossing
2010 - 2022
Archival Pigment Print, framed
80 x 120 cm / 60 x 80 cm
Ed. 5 / Ed. 5
Contact Gallery
PETER KLARE: Hard-edged lines, overlapping images, positive and negative forms and the unexpected complementation. The monochrome color field on the found footage creates new pictorial spaces. Barriers are piled up and overcome at the same time. While the colored forms make the existing images partially unrecognizable, curiosity is aroused in the viewer. In his new collages, Peter Klare inserts works from the »Shapes« series into landscape photographs taken from private family albums. In this way, the compositions become mental places of longing of the artist and, in tracing his own identity, as well describe the origin. Like on a chessboard, opposing assertions collide, press against and complement each other. Together they form the new image. 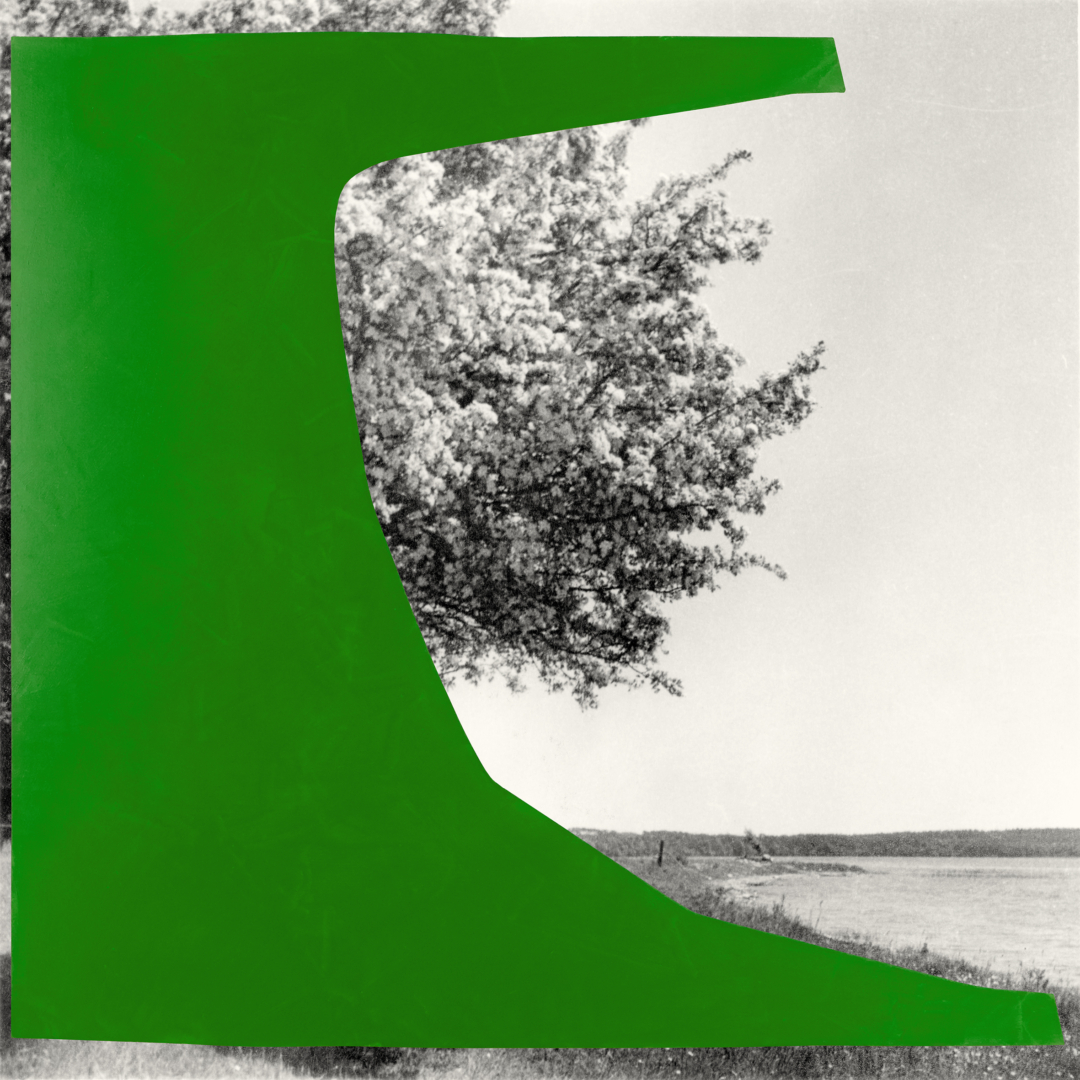 ohne Titel (Baum), 2021
ARTIST:
SERIES:
YEAR:
MEDIUM:
SIZE:
EDITION:
PRICE:
Peter Klare
Collages
2021
Archival Pigment Print, framed
90 x 90 cm
Ed. 6
Contact Gallery
Peter Klare was born in Jena, Germany, in 1969. He studied painting in Montevideo, Uruguay, at the Academy of Fine Arts in Munich and at the University of California in Los Angeles. In 2020, he was awarded the prestigious Pollock-Krasner Foundation Grant. His work receives international recognition and has been shown at the Sprengel Museum in Hanover, Deitch Projects in New York, and the Armand Hammer Museum in Los Angeles, among others. Peter Klare lives and works in Berlin. To accompany the exhibition, the artist's book COLLAGEs will be published in a limited edition of 200 copies. 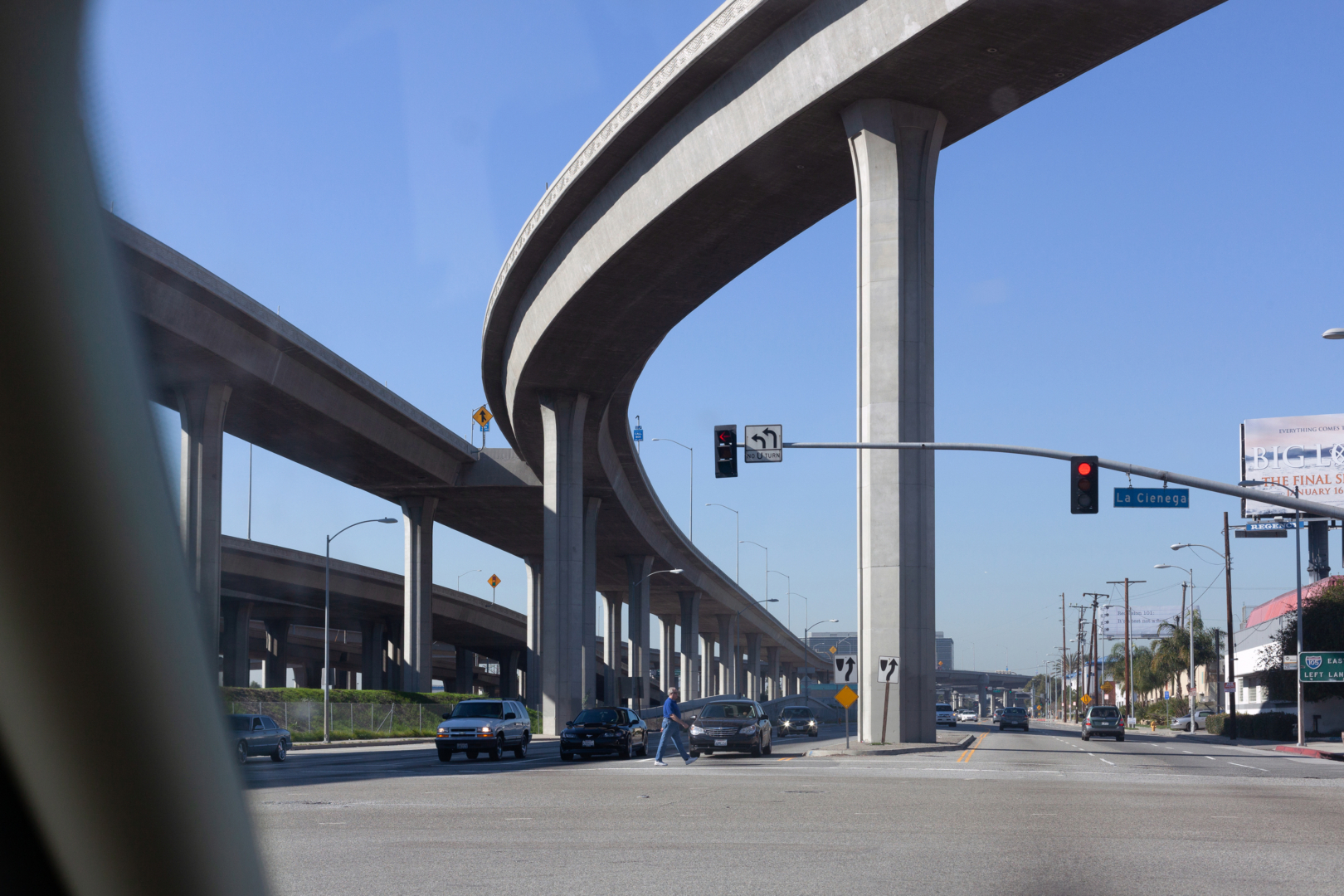 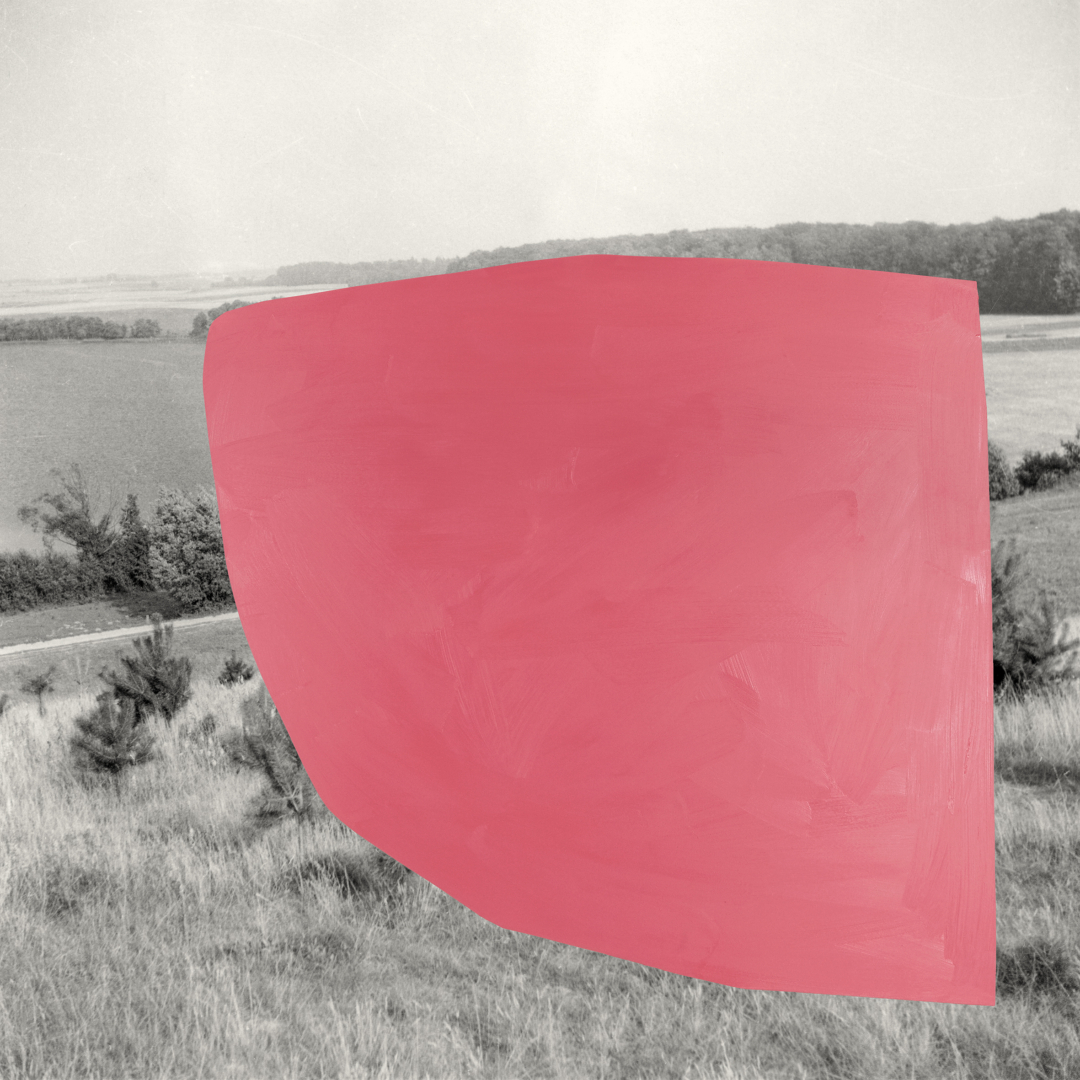 ohne Titel (Weite)
ARTIST:
SERIES:
YEAR:
MEDIUM:
SIZE:
EDITION:
PRICE:
Peter Klare
Collages
2021
Archival pigment print, framed
90 x 90 cm
Ed. 6
Contact Gallery
JENS LIEBCHEN: In his series »L.A. Crossing«, which has been in the making since 2010, Jens Liebchen shows us the capital of unconditional automotive mobility like most of its inhabitants prefer to look at it: through the windows of their cars. Out of the moving car, Liebchen looks at a city that embodies the opposites of utopia and dystopia. »L.A. Crossing« itself sounds like the title of a movie, accordingly the street becomes a stage and photography becomes a kind of still image. Bathed in Californian light, the city appears fictitious and real at the same time. Stephen Shore’s image»La Brea Avenue and Beverly Boulevard« serves as a theoretical starting point for Liebchen’s work.
Beginning with the »La Brea Matrix Project«, which was centered around said photo, Liebchen has reversed the common view and now looks back from the street to the city. Neither does he stop, like Lee Friedlander in »America by Car«, nor does he follow a strict gird like Ed Ruscha in »Every Building on the Sunset Strip«. Liebchen drives and drives. From the privileged and air-conditioned perspective of the driver’s seat, light and dark sides of the metropolis are revealed. Jens Liebchen (*1970) has worked as a freelance photographer since studying ethnology. His work has been exhibited worldwide and can be found in the collection of the DZ BANK Kunstsammlung in Frankfurt a. M., the Museum of Contemporary Art, Los Angeles and the art collection of the German Bundestag, among others.
Liebchen lives and works in Berlin. Liebchen's series »L.A. CROSSING« will also be presented in a large group of works in the exhibition »Hollywood« at the Helmut Newton Foundation from 2 June. On the occasion of the two exhibitions, the book of the same name »L.A. Crossing«will be published by Hartmann Books. It will be introduced in the exhibition at Galerie Springer Berlin. 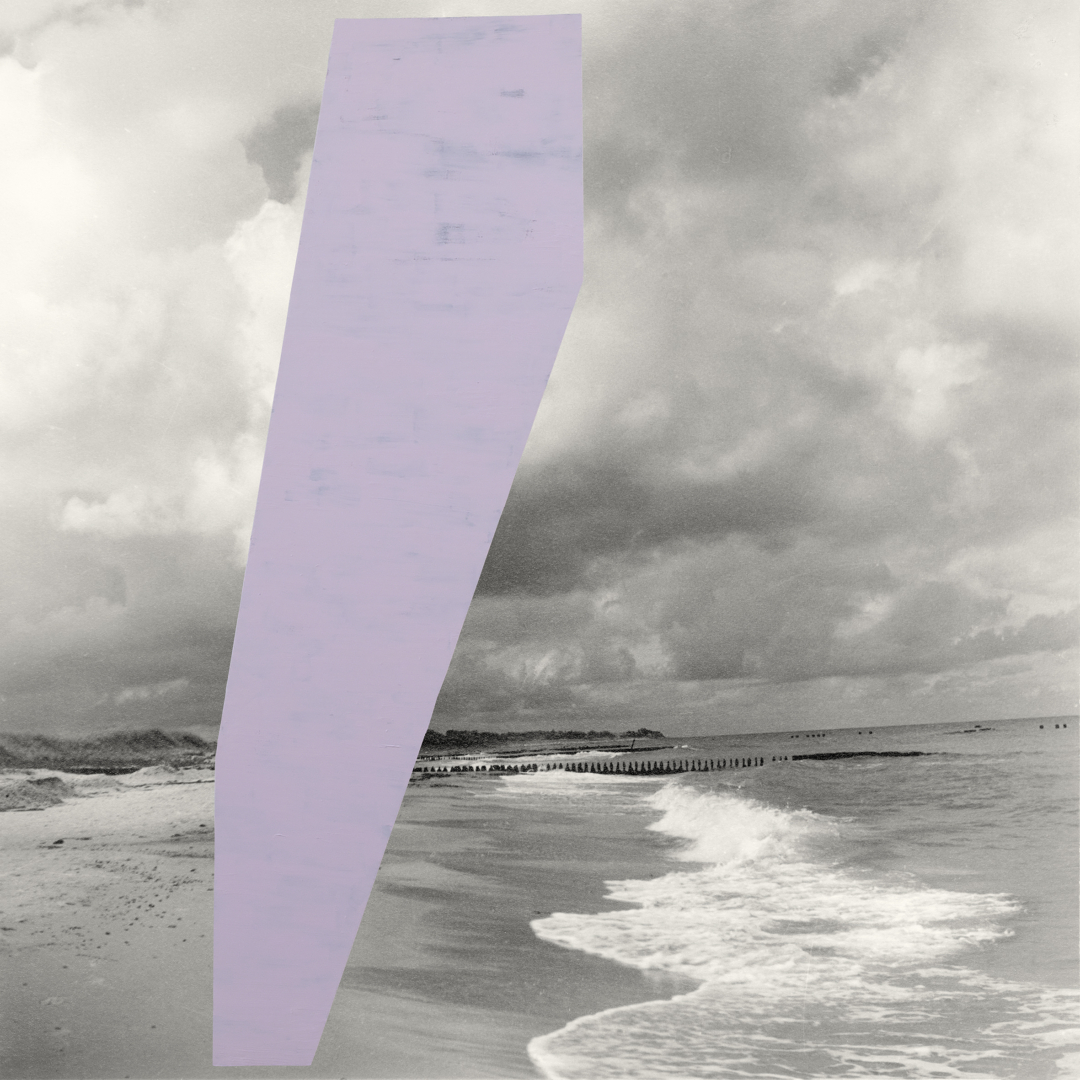 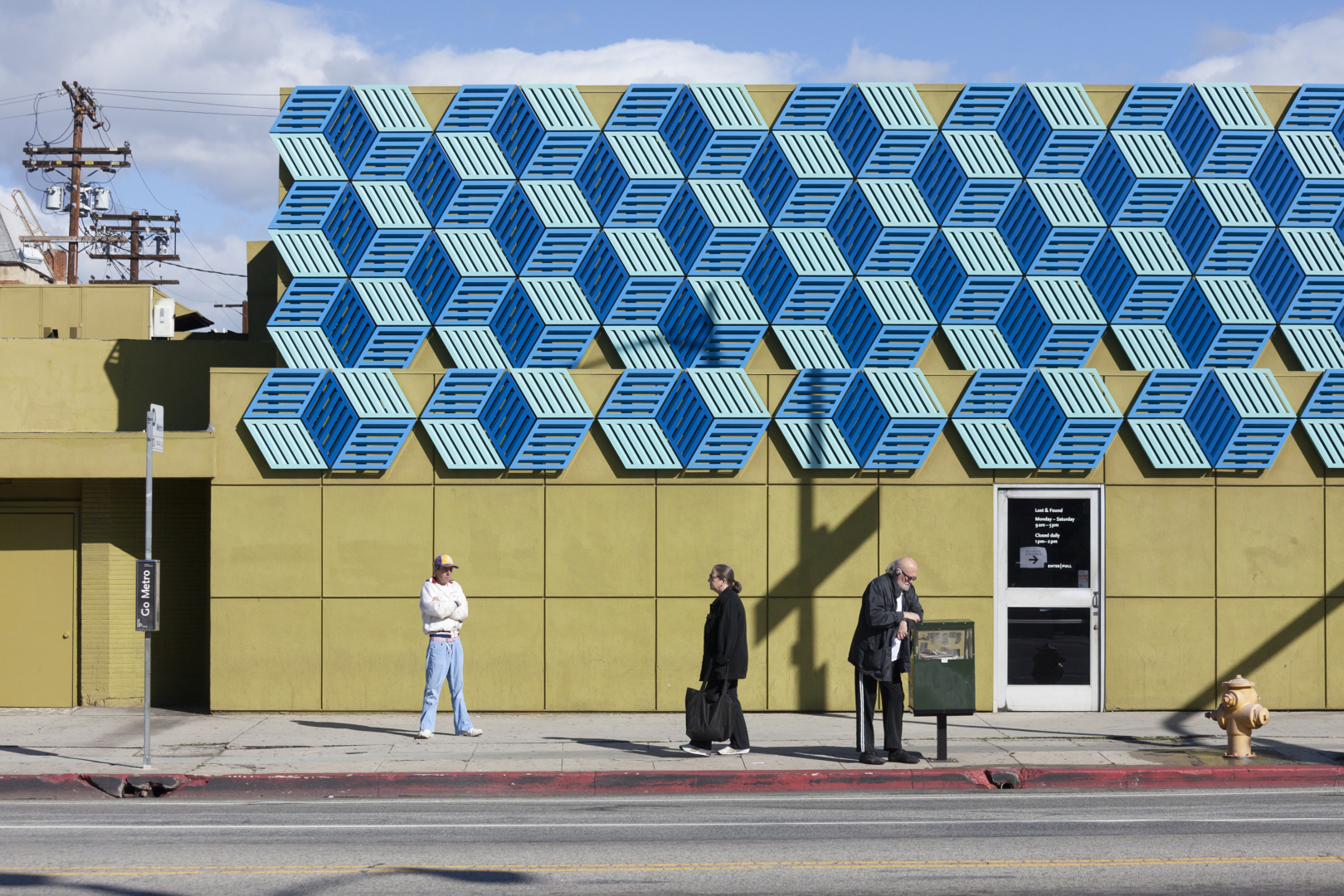