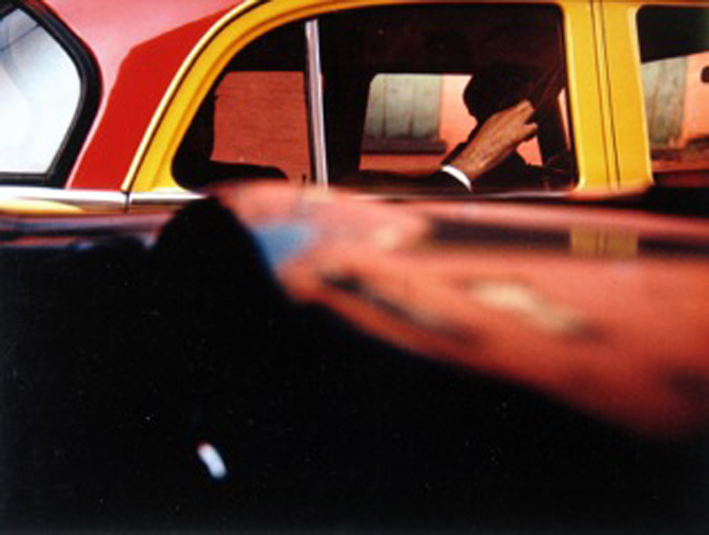 
SAUL LEITER
Painter and photographer, born in 1923 in Pittsburgh, Pennsylvania. He left the Theological College in Cleveland in 1946 and moved to New York where he met the abstract expressionist Richard Poussette-Dart. In 1947 he visited the Henri Cartier-Bresson exhibition at the Museum of Modern Art in New York. In roughly 1948 he started with artistic colour photography and became its pioneer. He worked with three different cameras (Auto Graflex Junior, Argus C3, early Rolleiflex). 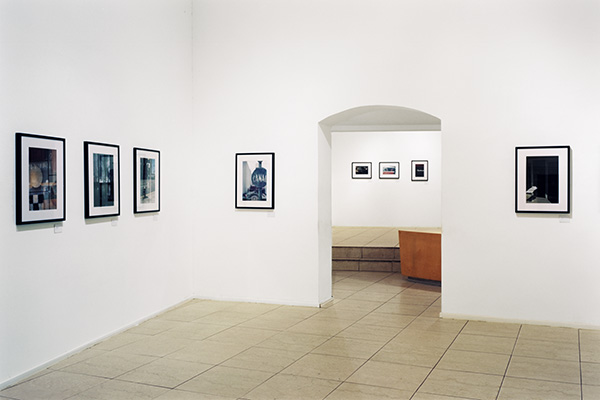 Ausstellungsansicht
PRICE:
Contact Gallery
In the 1950s and 1960s he earned a living with fashion photography and opened his studio in East Tenth Street in 1952. The first black and white photographs were published in “Life Magazine”. In 1953 he took part in the exhibition: “Always the Young Strangers”, curated by Edward Steichen, which was shown in the Museum of Modern Art and in Contemporary Photography in Tokyo. From 1958 to 1967 Saul Leiter worked for “Harper's Bazaar”. In 1992 and 1993 Howard Greenberg exhibited black and white photographs by Saul Leiter in his New York gallery, exhibitions of early colour photographs followed in 1997 and 2005.In 2012 the Deichtorhallen Hamburg dedicated Saul Leiter his first retrospective worldwide. 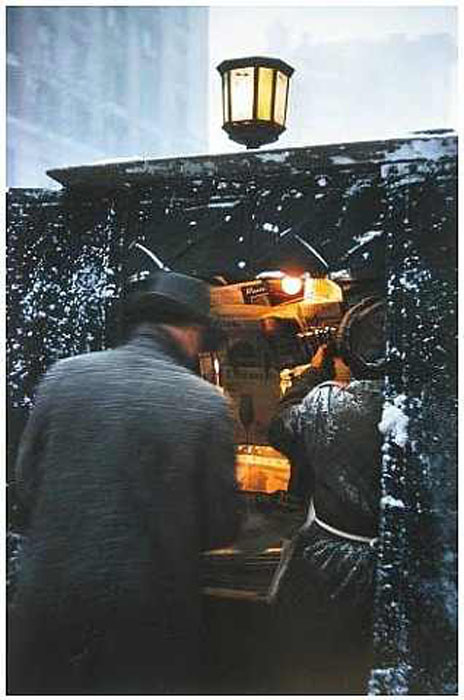 For the first time Galerie Springer Berlin exhibits works by the New York photographer and painter, Saul Leiter. In collaboration with Fifty One Fine Art Photography, early colour and black and white photographs and works on paper are being presented.
After a comprehensive retrospective by Saul Leiter at the House of Photography Deichtorhallen Hamburg in 2012 this is the first individual exhibition by the artist in Germany. “Saul Leiter's street photography – he is unmatched in this genre – is actually photography that has become painting.” 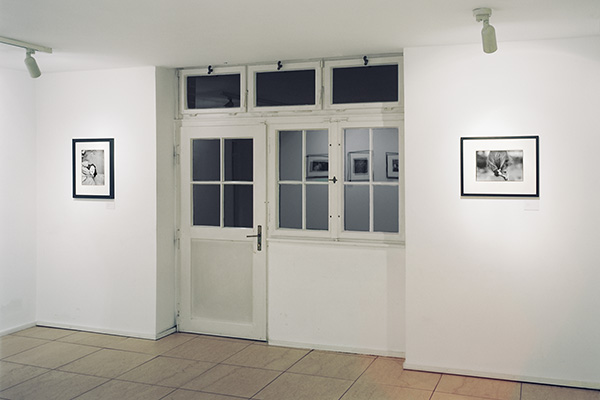 Ausstellungsansicht
PRICE:
Contact Gallery
With these words the photojournalist Rolf Nobel impressively describes Saul Leiter's photographic work. Saul Leiter started to paint when he was very young. In doing so he was to become a Rabbi and a scribe according to his father's wishes. However, Leiter went against his father's plans and moved to New York. There, he met the painter and graphic artist Richard Poussette-Dart who introduced him to photography and the works of Henri Cartier-Bresson amongst others. Saul Leiter started to take pictures, learnt quickly and and rapidly gained a large base of photographic knowledge. In a time where photography was mostly only viewed as an applied medium, the undeviating autodidact made a – for him – conscious artistic decision to change from black and white to colour 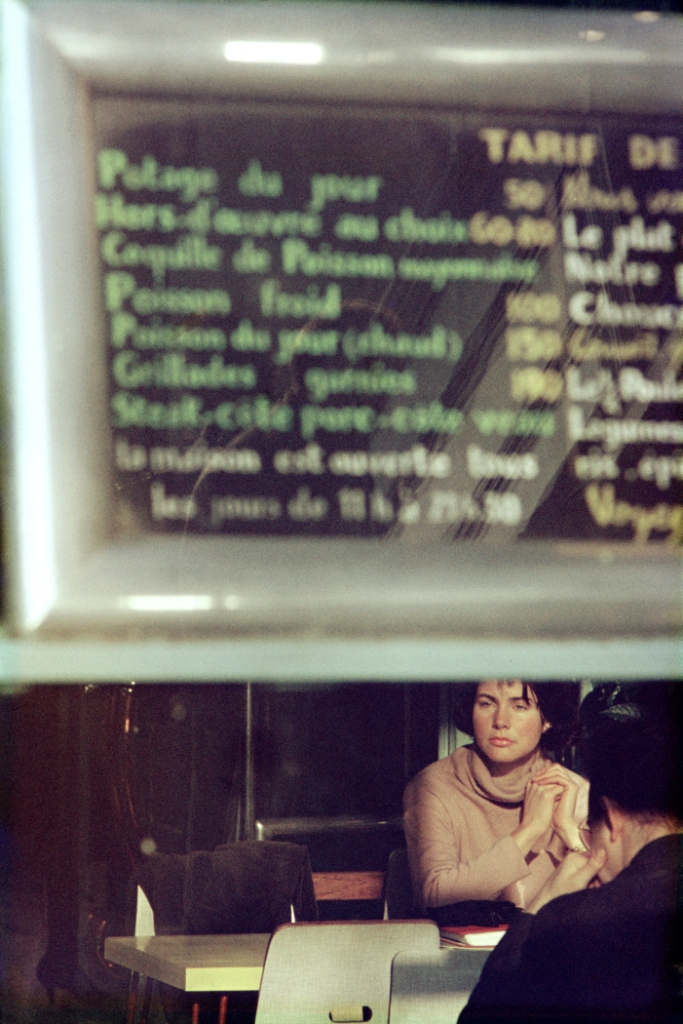 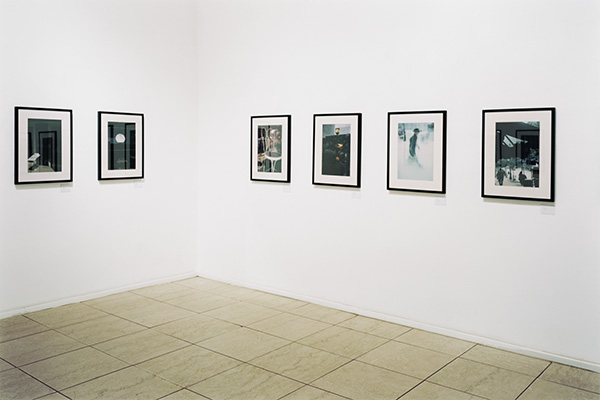 Ausstellungsansicht
PRICE:
Contact Gallery
photography. With his large knowledge base and understanding for visual art, Saul Leiter always understood himself both as a photographer and as a painter. Different artistic style directions such as European impressionism and fauvism and also aspects of abstract expressionism merge in his works. He is the pioneer of artistic colour photography. The fleeting moments of his street photography – scenes in New York life, captured in passing – characterise a large part of his work. In this the transitions between the abstract and the figurative are removed both in Leiter's painting and in his photography. Large, mostly black areas which occupy a large part of the picture often appear in his colour photography. Highlights and details define the picture.
Fuzziness, blurring and disassociation using fogged up or frosted views through windows and reflections are characteristic of Leiter's colour photographic works. “Nevertheless, Leiter followed the crossroads between the visual arts and photography which was mostly only viewed as an applied medium at the time with the intuition of an aesthetic cross-media discovery. Today, in his more advanced years, it assigns him more and more clearly historical meaning as a pioneering experimenter, innovator and avant-gardist,” appreciates Ingo Taubhorn, curator of the retrospective at the Deichtorhallen Hamburg, the life's work of the now 89-year old artist. In 1952 Saul Leiter opened his own studio and earned a living through fashion photography for magazines
such as “Harper's Bazaar” and “Esquire”. He found himself on an equal footing with the well-known photographer Richard Avedon and had already had an exhibition in the Museum of Modern Art by Edward Steichen by 1953.
His pictures could be seen together with works by Roy de Carava and Leon Levinstein in the exhibition: “Always the Young Stranger”. After this time it became quieter around Saul Leiter. It was not until the 1990s that he was rediscovered by the renowned New York gallery owner, Howard Greenberg. “I thought, I'd just sunk into oblivion,” said Saul Leiter.
“Galerie Springer Berlin is honoured and thankful to be able to show works by Saul Leiter in its rooms. We see the exhibition as an opportunity to make his excellent work known to a large audience in Berlin and Germany.”
Heide and Robert Springer 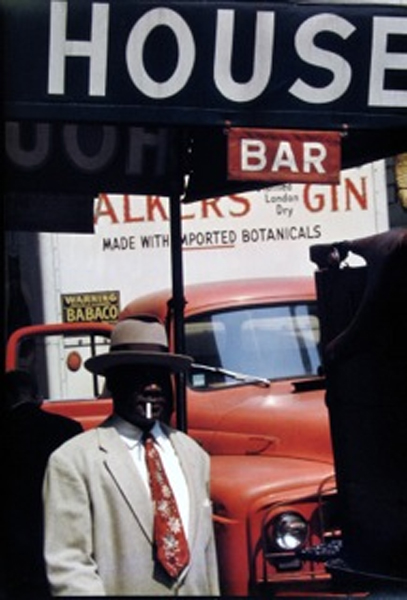 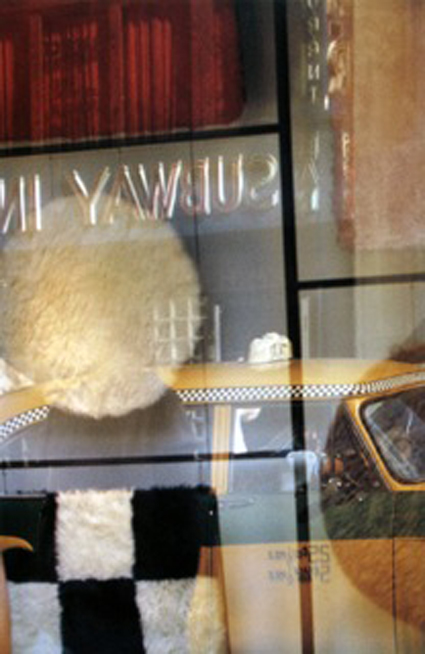 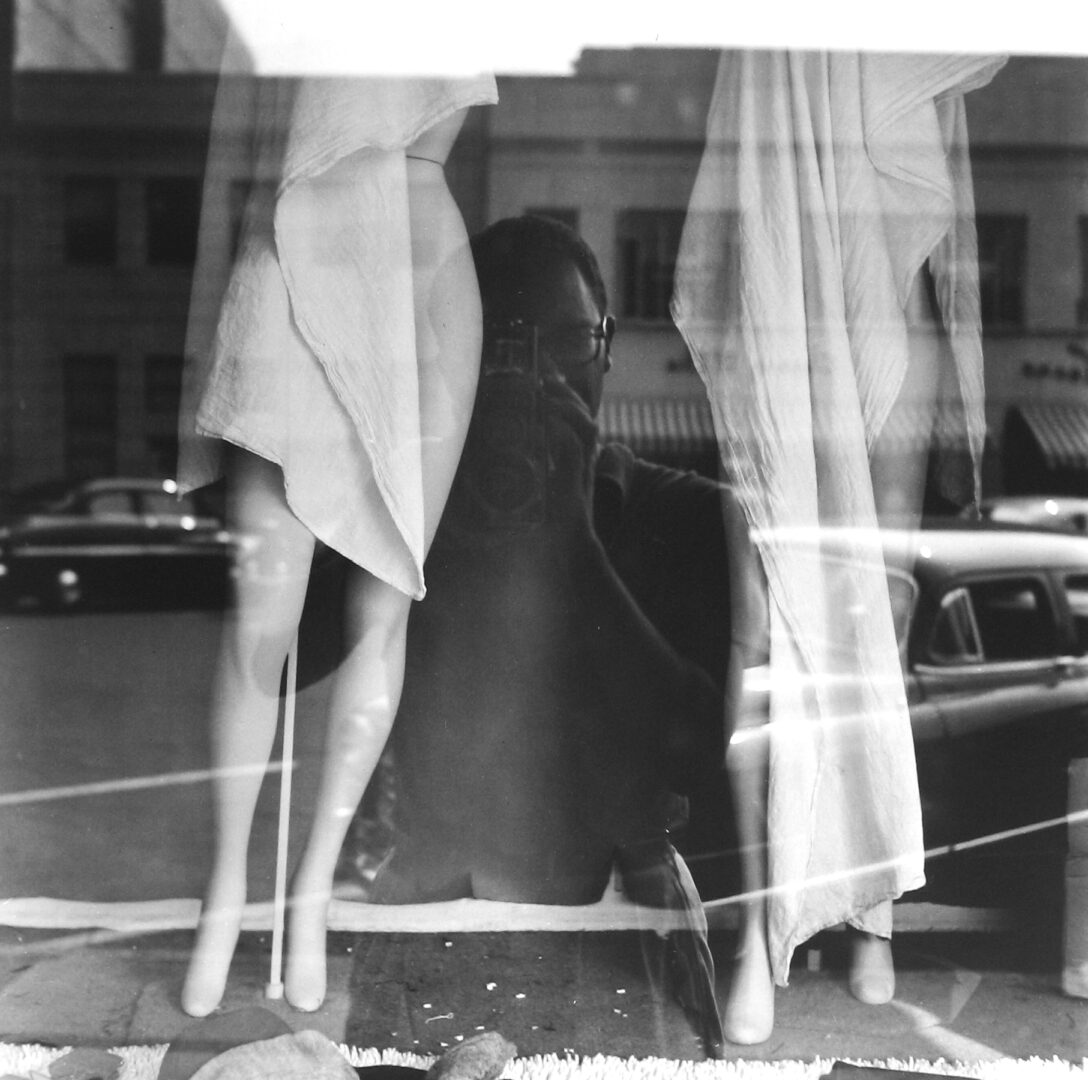 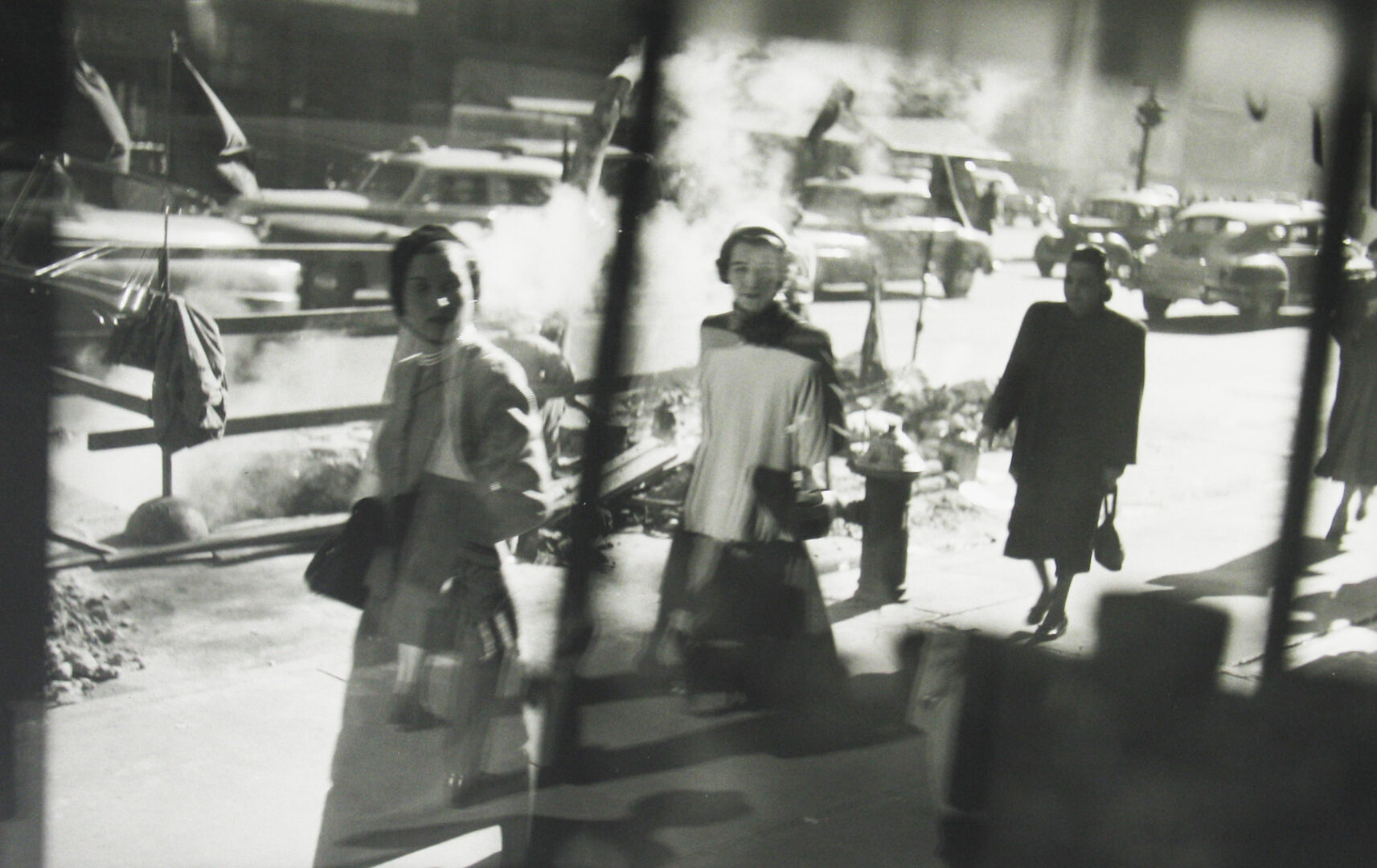 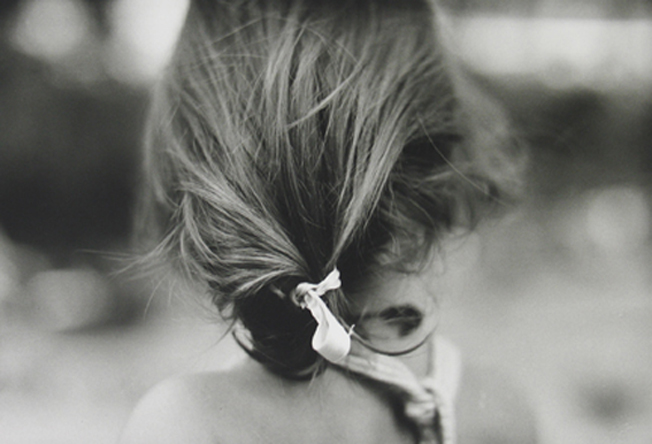