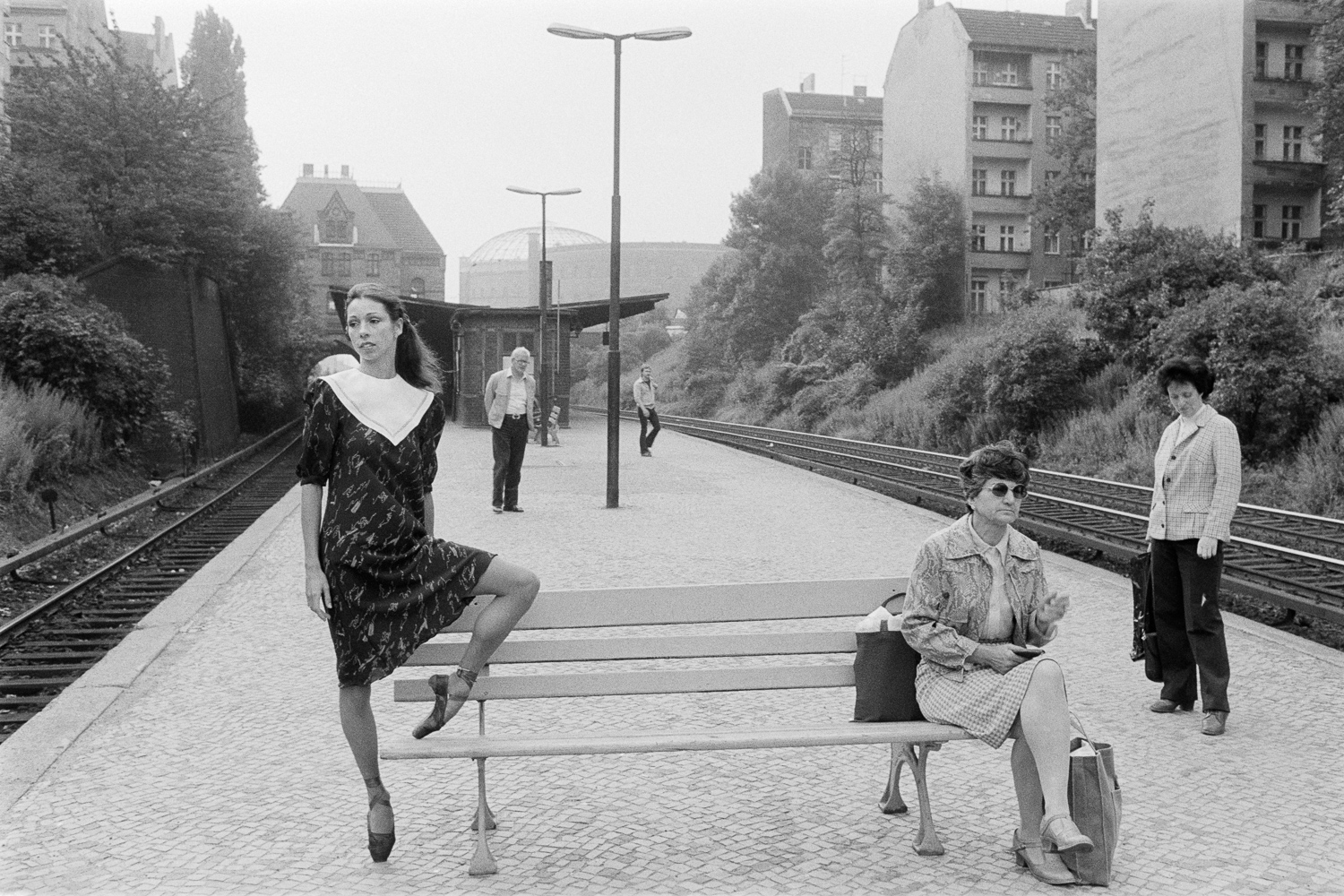 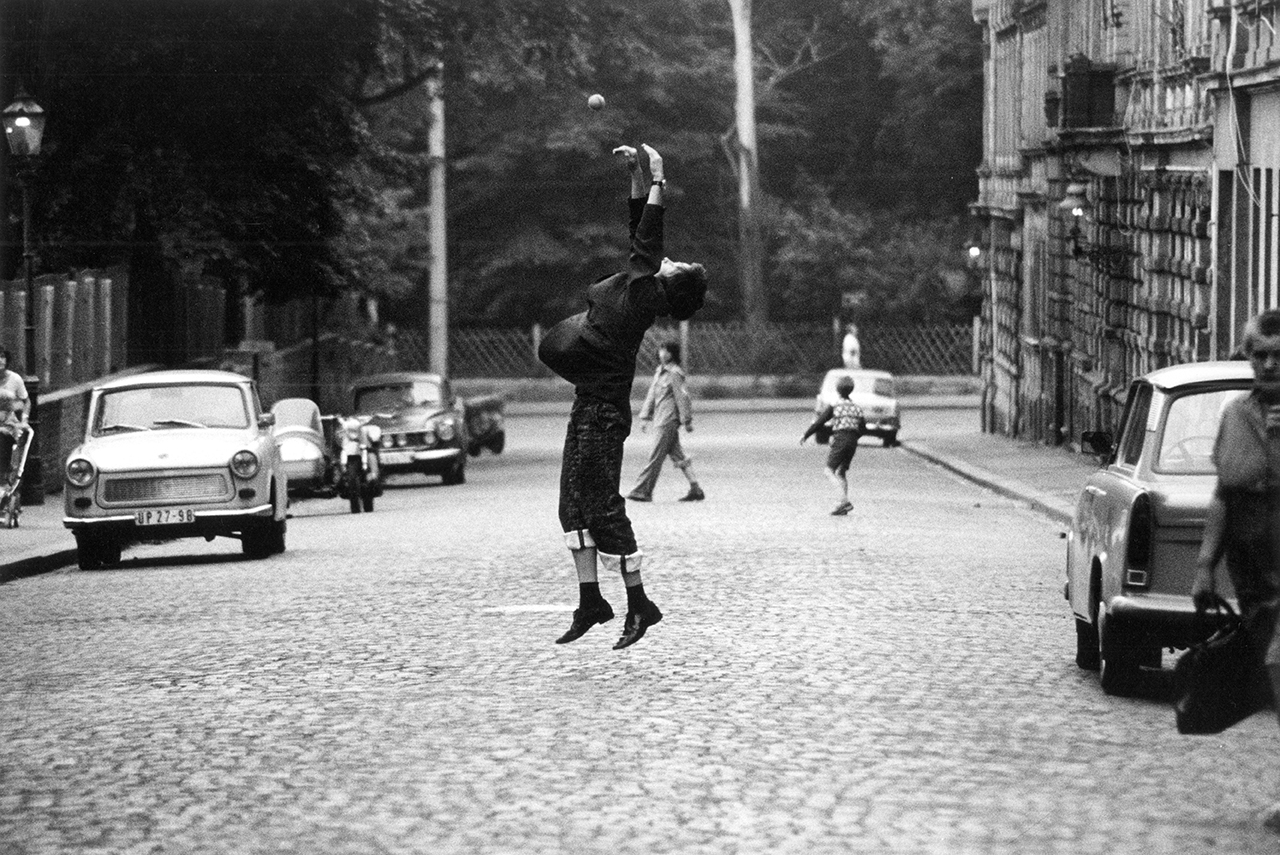 Leipzig Connewitz, 1975
YEAR:
MEDIUM:
SIZE:
EDITION:
MISC:
PRICE:
1975
Gelatin Silver Print
Paper 27 x 37 cm, Image 22,2 x 34 cm
Vintage
signed and dated on verso
Contact Gallery
Fashion photographs taken for the magazine Sibylle from 1977 to 1994 take up a central position in the exhibition. Ute Mahler’s 1980 photos with the dancer Jutta Deutschland are also on show, as is a series by Ute Mahler from a stay in Paris in 1978, which she had won as first price in the competition 'Work and Leisure', announced by the Photokina Cologne in the same year. The gallery is also showing early works by Werner Mahler (1975 to 1978) as well as a series of landscape photographs from the 1980s. 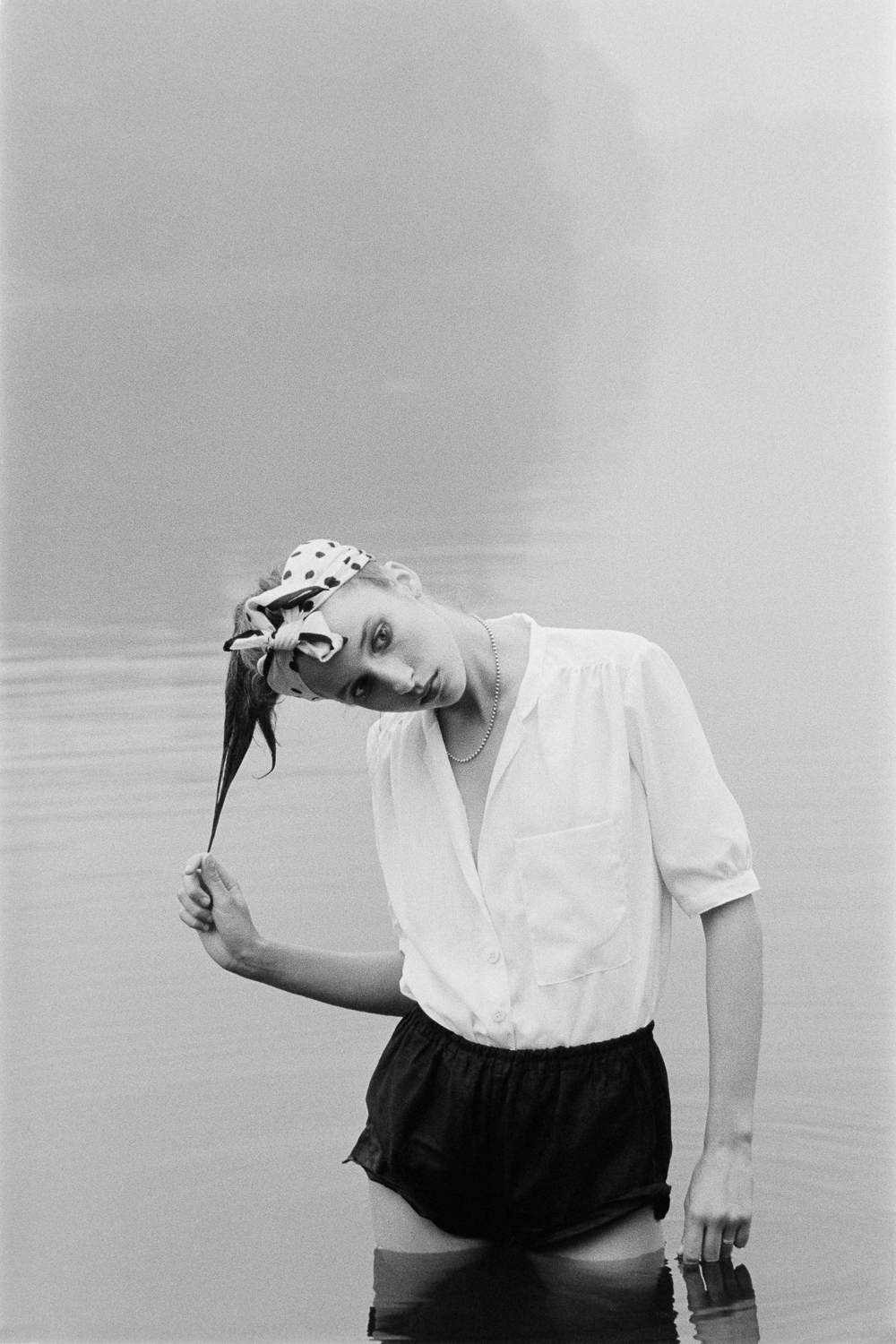 Julia, 1979
SERIES:
YEAR:
MEDIUM:
SIZE:
PRICE:
Modefotografie für Sibylle
1979
Gelatin Silver Print, Vintage
Paper 49 x 38 cm - Image 44 x 30 cm
Contact Gallery
Although the exhibition can only show an extract of the wide-ranging and impressive oeuvres of both photographers, it nonetheless provides in-depth insights into their diverse and creative work. Not least, a few iconic photographs provide an excellent illustration of a unique visual language and technique that the artists developed and perfected. Both the founding members of the OSTKREUZ agency now mostly work together.

Ewa, Gran Canaria, 1990
SERIES:
YEAR:
MEDIUM:
SIZE:
EDITION:
MISC:
PRICE:
Modefotografie für Sibylle
1994
Gelatin Silver Print on Barytpaper
Paper 49,5 x 40 cm, Image 45,2 x 30 cm
Vintage
signed and dated on verso
Contact Gallery
The series Monalisen der Vorstädte (Mona Lisas of the Suburbs) and Die Seltsamen Tage (The Strange Day)s have emerged since the foundation of the artistic relationship in 2009. The new series Kleinstadt (Small Town) will shortly be published by Hartmann Books. All these projects are a fusion of the qualities and experiences of both photographers in series and artworks they have developed together. 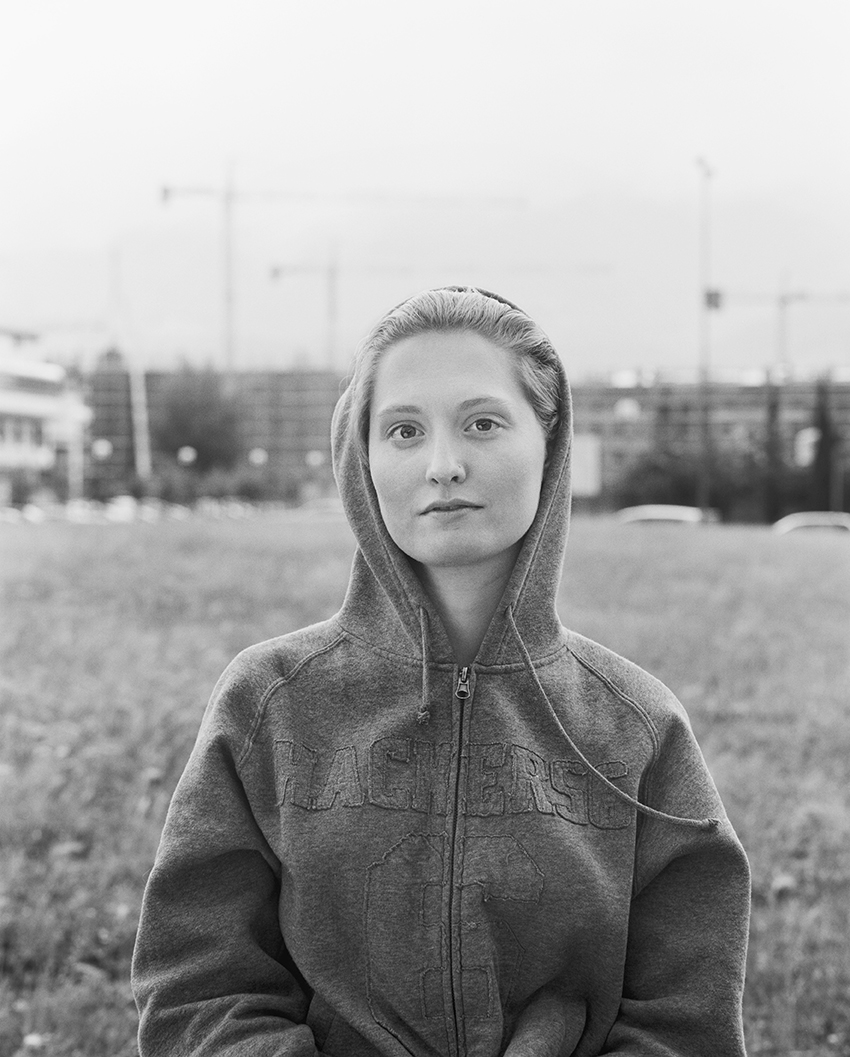 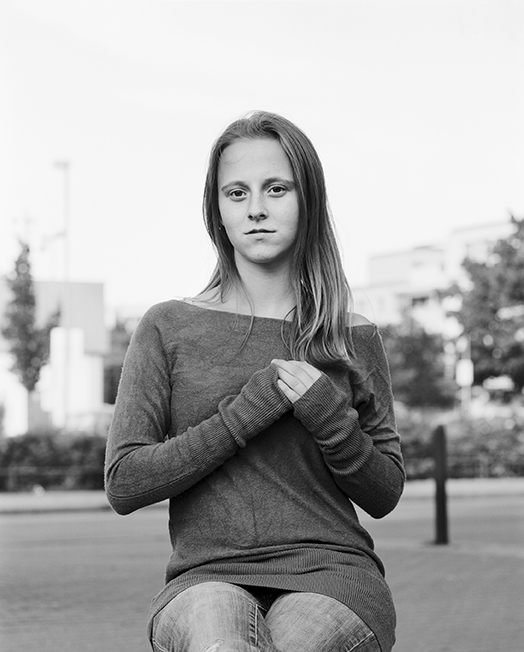 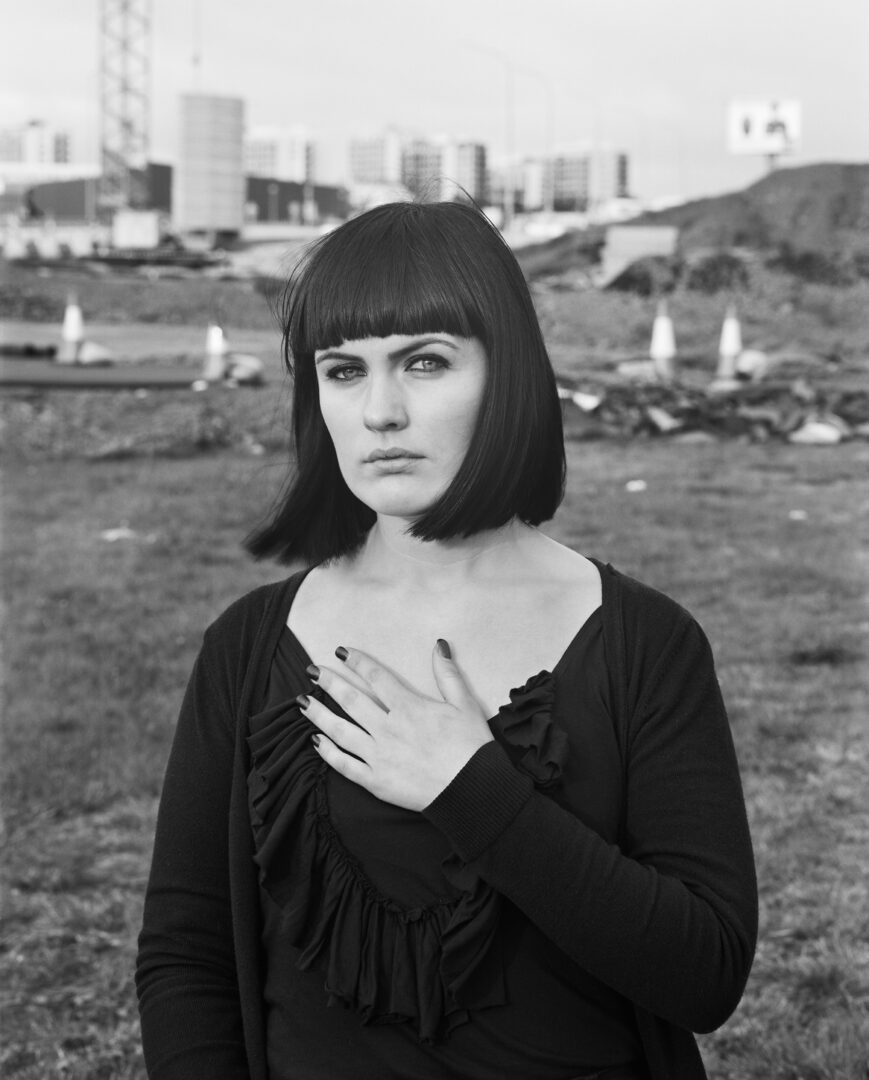