Galerie Springer Berlin is showing the new series ‘Coordinates’ – and also, for the first time as a complete exhibition, the ‘Archive Elzel / Müller’ 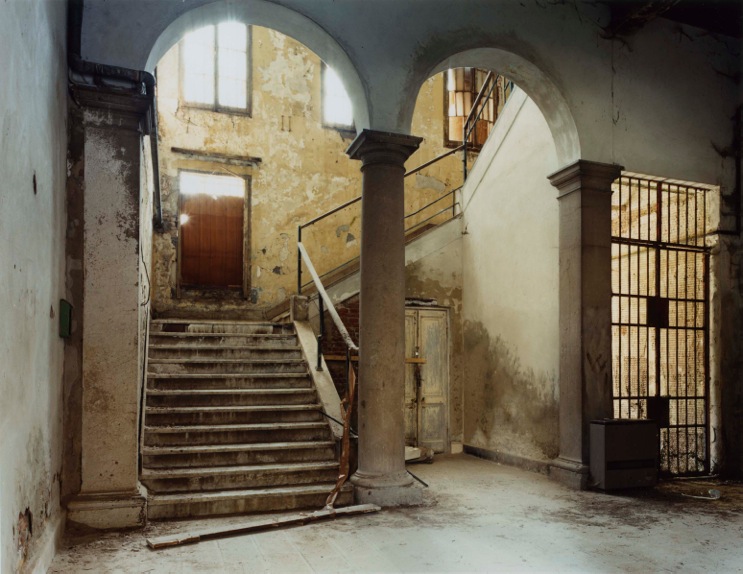 Aufgang
SERIES:
YEAR:
MEDIUM:
SIZE:
EDITION:
PRICE:
Archiv Elzel / Müller
2009
c-print, stamped passepartout, framed
31 x 37,5 cm
10
Contact Gallery
All the collaborative work produced by this artistic duo since 2001 is united by a common theme: an engagement with social crises, threats and collective anxieties and their representation in the media.
The work ‘Coordinates’ shows forest-like scenes bathed in bright sunlight. A closer look at these scenes reveals traces of human civilisation: part of a wall, a fence, the gleam of buildings through thick foliage. The viewer is confronted with photographs of an area which was evidently inhabited once upon a time but which, as the advanced growth of the trees and plants shows, was abandoned some time ago. The pictures themselves do not shed any light on what and where this place actually is. The only clue is in the coordinates that make up the picture’s title.

52° 3′ 08″ N, 13° 6′ 49″ E
SERIES:
YEAR:
MEDIUM:
SIZE:
EDITION:
MISC:
PRICE:
Koordinaten
2015
archival pigment print
160 x 209 cm*
5
* alternative size 122 x 157 cm available, within the total edition of 5
Contact Gallery
Wiebke Elzel and Jana Müller are interested in the process of the disintegration of human settlements and the crises and events that might have preceded this disintegration. They also engage with the rapidly changing possibilities in the fields of picture creation, visual aesthetics and reception – a consequence of the digitalisation of photography, its ubiquitousness and its increasing presence online.

Here, for the first time in their collaboration, the two artists engage with the photographic form of the snapshot. For several years now this visual aesthetic – most commonly associated with amateur photography – has been increasingly used in reports from crisis zones. Pictures taken by civilian eyewitnesses, usually on mobile phones, are coining a new visual language and

52° 3′ 17″ N, 13° 6′ 37″ E
SERIES:
YEAR:
MEDIUM:
SIZE:
EDITION:
MISC:
PRICE:
Koordinaten
2015
archival pigment print
160 x 209 cm*
5
* alternative size 122 x 157 cm available, within the total edition of 5
Contact Gallery
influencing our ideas about how a ‘documentary’ photograph should look.In ‘Coordinates’ the artists make use of this visual aesthetic, transforming it into a new form of panel picture. The photographs are presented in similar sizes to those displayed as part of the series ‘Imagery of Disaster‘ (2002 – 2010).
Both series are based on an examination of media images used to report crises and disasters. Elzel and Müller study these images, appropriate them, question them. Just as in 2001, when the coverage of 9/11 brought a new and terrifying visual aesthetic flickering across our screens – an aesthetic which felt almost cinematic, or staged – in more recent times it is amateur snapshots taken by eyewitnesses that have come to characterise a new form of documentary photography. 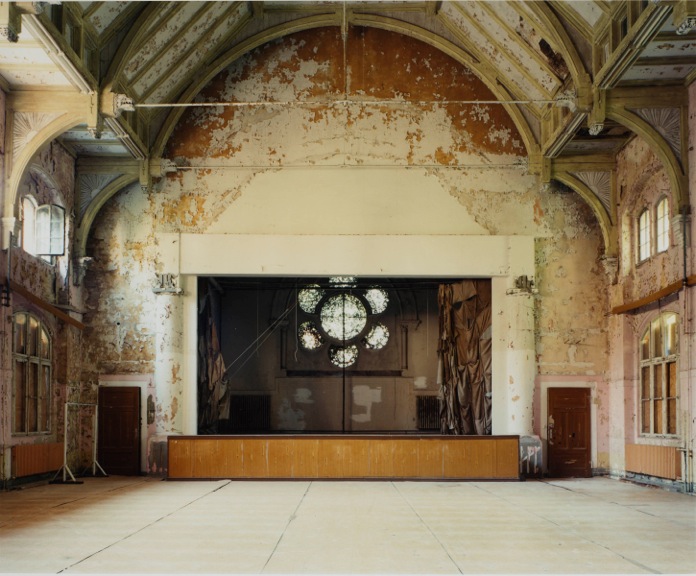 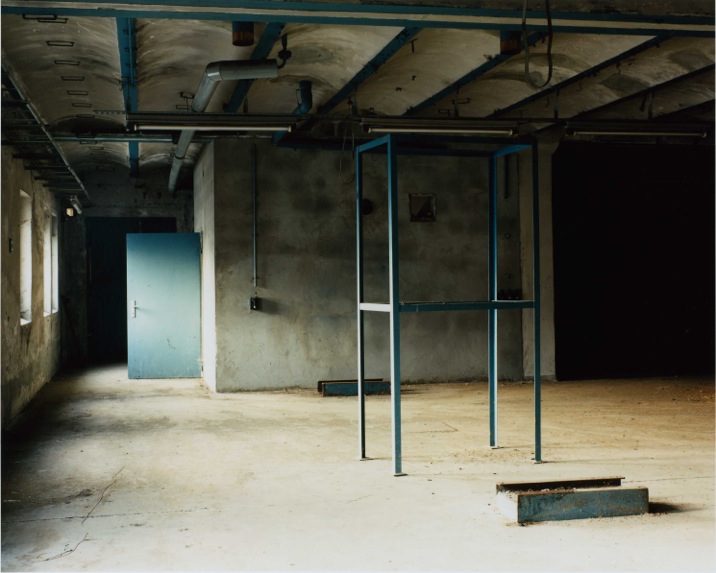 Speicher II
SERIES:
YEAR:
MEDIUM:
SIZE:
EDITION:
PRICE:
Archiv Elzel / Müller
2008
c-print, stamped passepartout, framed
31 x 37,5 cm
10
Contact Gallery
As a result of this new form, the old question is posed afresh: when can a photo be considered ‘trustworthy’ or ‘authentic’?
Alongside ‘Coordinates’, the exhibition presents an overview of the ‘Archive Elzel / Müller’. Since its inception in 2003, this series has only ever been shown in excerpts. This means that the ‘Archive Elzel / Müller’ is now being displayed as a whole for the first time, in addition to the ‘work in progress‘ begun over ten years ago. The individual works in the archive are single stand-alone pictures, but their format (standard stamp, identical size, grey passe-partout) consistently points to the complete archive behind the individual picture – an archive that originally existed only as anticipation and which has grown into a substantial one over the years.
About Wiebke Elzel and Jana Müller:
Wiebke Elzel, born in Hanover in 1977, studied photography at the Academy of Visual Arts in Leipzig from 1999 to 2006, gaining her diploma under Timm Rautert. She then began her post-graduate studies under Peter Piller, graduating in 2009. She has worked for over twelve years with Jana Müller, born in 1977 in Halle/Saale, who also studied photography with Timm Rautert at the Academy of Visual Arts from 1999 to 2006. Both artists continue to work on collaborative photographic series alongside their own individual projects.

The artists show their work at exhibitions in Germany and abroad, in places such as the Künstlerhaus Bethanien in Berlin, the Museum der Bildenden Künste in Leipzig, the Vienna Fotogalerie and the Rostock Kunsthalle. Numerous grants, including travel grants from DAAD, have taken them to cities such as Venice and Banja Luka, where they developed and presented work based on these locations.